13 Features That Make iOS 9 the Best Yet!

iOS 9 may not have that many prominent differences from iOS 8, but sometimes, “it’s the little things that count.”

And that’s why upgrading to iOS 9 will definitely improve your iPhone and iPad experience.

There aren’t many visual differences, but there’s a total overhaul of many of the core applications, most notably Siri, Maps and Notes. On top of that there’s a lot of changes under the hood that bring entirely new functions, such as proactivity, and these really will change how you use and appreciate your device.

To encourage you to make the move to iOS 9 sooner rather than later, we’ve compiled a list of the new features that you might find useful.

Siri is smarter than ever

We all know Siri. Apple’s ‘personal digital assistant’ can be a bit of a plaything but each update is truly making it more useful. Previously, it had some limited uses but its lack of accuracy meant that it was often faster to do things yourself. But, it was funny, especially when hilarious questions were met with even more hilarious answers!

Siri’s smarter now. It’s got more answers, and can perform a lot more multi step tasks. And it seems to us that the speech recognition and understanding has improved significantly too – although Apple has made no specific claims about that. In iOS 9, you can search for images by various parameters, like ‘Show me pictures of me in Utah last August’, and watch in amazement as the magic unfolds. Or you can ask it to remind you about whatever you’re doing. Feeling too tired to finish that article? Tell Siri to ‘Remind me to read this tomorrow morning’.

A few more tweaks, and we can see that Siri might just become the dominant way that we interact with our iPhone and iPad. Maybe! 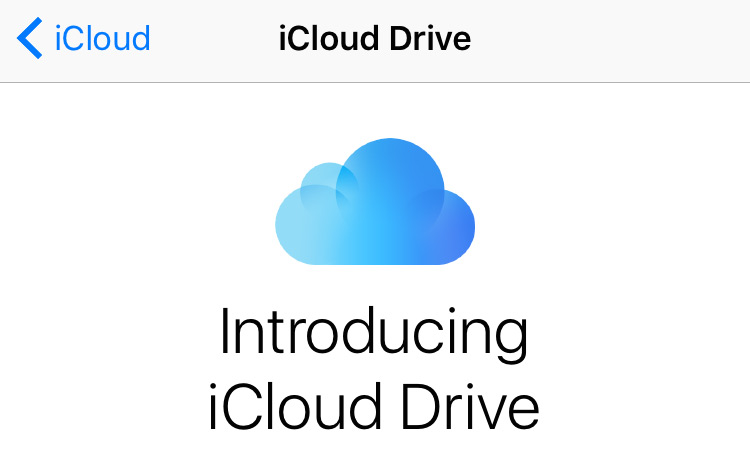 In older iOS, you needed to have specific applications to access certain types of file in iCloud Drive, which just made the whole thing cumbersome. But in iOS 9 you now get the option of a new app that allows you to access all the contents of your iCloud Drive directly. It’s all your stuff, accessible from just one application. And when you realise that the previous updates to iCloud Drive meant that you could store files of any type, then this is now truly becoming a useful cloud storage medium for all types of stuff!

This might seem basic to DropBox users, but only iPhone users know the pain of having to find that application, and then opening that document, just to find that one tiny detail. But the times have changed. iCloud Drive has been made easier. Thank you, Apple. 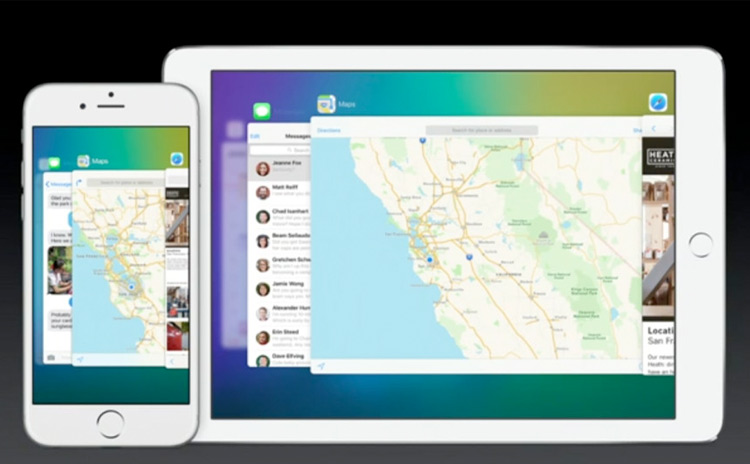 Maybe Apple failed to see it for the past few years, but the iPad’s enormous screen can be used for multitasking. And that’s what iOS 9 has achieved.

It’s hard to over emphasise how important this change could be since it brings the iPad experience closer to that of a laptop where we all naturally multitask with many windows open at once.

It’ll be interesting to see how far Apple want to go in making the iPad a primary device but for now we’re just impressed with this improved functionality. 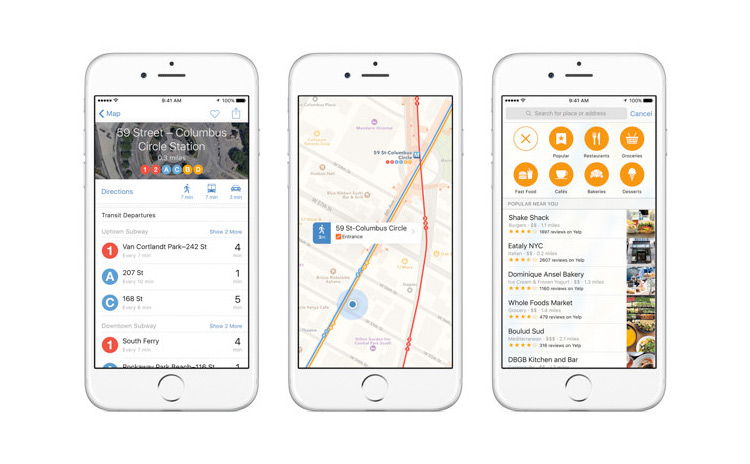 Most of us are aware of the under-performing application that is Apple Maps.

A victim of a lot of hatred, Tim Cook and Co. have worked harder than ever to improve their Map app so that it can offer proper competition to Google Maps (still the gold standard!).

You don’t get lost when using Apple Maps now. They’re more accurate than ever and missing buildings and floating bridges are a thing of the past….

And iOS 9 brings Transit Data and a ‘Transport’ view, which mean that you can easily look for trains, buses and subways. And it also tells you when they’re running late. Small steps, yet very useful.

The Internet hasn’t exactly been accepting of changes. Just check the outrage caused when Spotify mildly tweaked its green colour, or when Google changed its logo recently. So, when Apple changed its font from Helvetica to San Francisco (their custom font), it was met with mixed opinions.

Some called it ‘visually troubling’, while others called it ‘just perfect’. This may be a very small tweak which is usually overlooked, but a simpler font ensures faster load times. 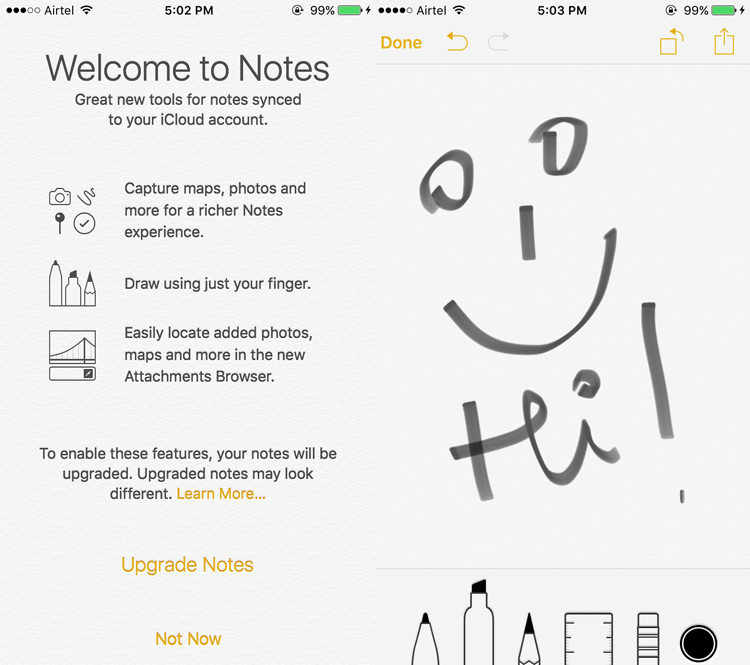 Ah, the good old yellow Notes. No hassle, no useless stuff. It was like a pad of paper, digital, but simple.

However, times are changing, and people now require more features. Apple Notes is becoming what would seem a little like Evernote, with the ability to add checklists, images, maps, web links and even sketches – which are done straight on the screen. Instead of just a text editor, Notes has become a canvas to paint on. You no longer have to have 4 different apps to create and share that project. Just add all that to iOS 9’s Notes, and you’re good to go!

As we often recommend that Notes should be one of the things you store and sync through iCloud, this much improved app will become a real workhorse. Available via iCloud on all your devices, it will be even easier to start a project on your iPhone whilst on a bus or in a park and immediately pick up when you get back to your office or home and your computer.

We are already using Notes way more than we ever have, just after a few days. A great improvement in iOS 9!