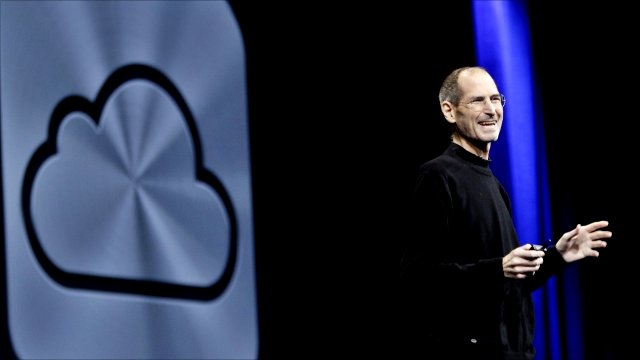 So, we thought we’d let the dust settle on yesterday’s launch of the Apple Cloud service – iCloud.

Steve Jobs took to the stage following the announcement of OS 5 to unveil Apple’s worst kept secret in a long time!

And, as ever, Apple and Jobs didn’t disappoint.

Although every Apple fan had been positing their theories, the features went that little bit further than we had hoped – and it’s not just music.

As expected the Apple cloud system allows users to store music in Apple’s cloud servers. But it also allows cross device syncing of all photos, applications, documents, iBooks and contacts, as well as working to synch with Apple’s email servers and calendars.

An account will come with 5GB of storage, and the killer is that it’s free!

For an annual charge, registered users can let Apple “scan and match” their complete iTunes music library so that up to 25,000 songs can be automatically downloaded to all devices. This includes music that has been originally ripped (copied) from CD. Any music that is not available via the iTunes store has to be uploaded to iCloud so it can be backed up and synced. In essence, this legitimises any and all content in a users iTunes library – whether it was originally pirated or not!

Given that the music and other data is in the cloud, all files will be available from any device through the iCloud login page, even where that device is not one of those synced to the account.

Check the launch video below for all the details.