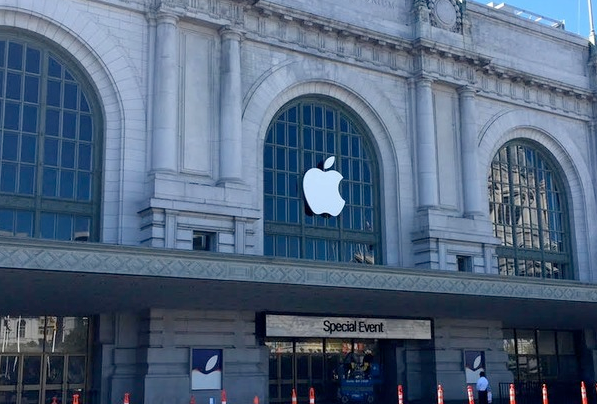 The event, at the Bill Graham Civic Auditorium in San Francisco, drew thousands of developers, journalists and fans, all eager to see Apple’s latest products and while the rumor mill leading up to the event had accurately speculated on a number of the items and features discussed, there were still plenty of surprises.

Perhaps the worst kept secret of the event was the iPad Pro. Apple had long been rumored to be working on a larger, more powerful version of the iconic tablet that many analysts had seen as a necessary step in the evolution of the product.

Putting to rest any thought that Apple no longer viewed the iPad as important, Tim Cook stated that the iPad was the “clearest expression of our vision of the future of computing.”
The iPad Pro is designed to take the iPad’s abilities to the next level, and boasts specs to help it do that. Tim Cook called it the “most powerful…iPad ever created.”

It’s screen is 12.9 inches, large enough for a full-size, onscreen keyboard and boasts 5.6 million pixels, more than a 15 inch MacBook Pro. The iPad Pro is powered by the new A9X chip, which delivers double the bandwidth and read/write performance as the iPad Air 2. Overall performance is 1.8x faster and graphics performance is as much as 2x faster. According to Phil Schiller, this makes the iPad Pro faster than 80% of the portable PCs shipped in the last 12 months.

In conjunction with the iPad Pro, Apple also announced a new stylus, the Apple Pencil, as well as the Smart Keyboard, a fabric Smart Cover/Keyboard combo. Let’s not forget though that Steve Jobs once said, ‘If you see a stylus they blew it”! It seems some at Apple have had a change of heart….

One of the biggest announcements was regarding the new Apple TV. In recent years, Apple has seen its share of the TV market surpassed by newer rivals. The new Apple TV looks to reverse that trend by relying on apps and deep integration with Siri.

The new remote incorporates a Touch surface along the top to make it easy to navigate by swiping back and forth between programs.

The remote also features a Siri button to enable voice activated commands. For example, you can tell Siri to skip ahead by a specified period or time. If you miss something someone said onscreen, you can ask Siri what they said and she will skip back 15 seconds and temporarily turn on closed captioning.

One of the most significant features of the new Apple TV is Siri’s ability to find programming across the various channels provided. For example, you can ask Siri to show all movies of a particular genre containing a specific actor and she will search across Hulu, Netflix, HBO and every other available channel.