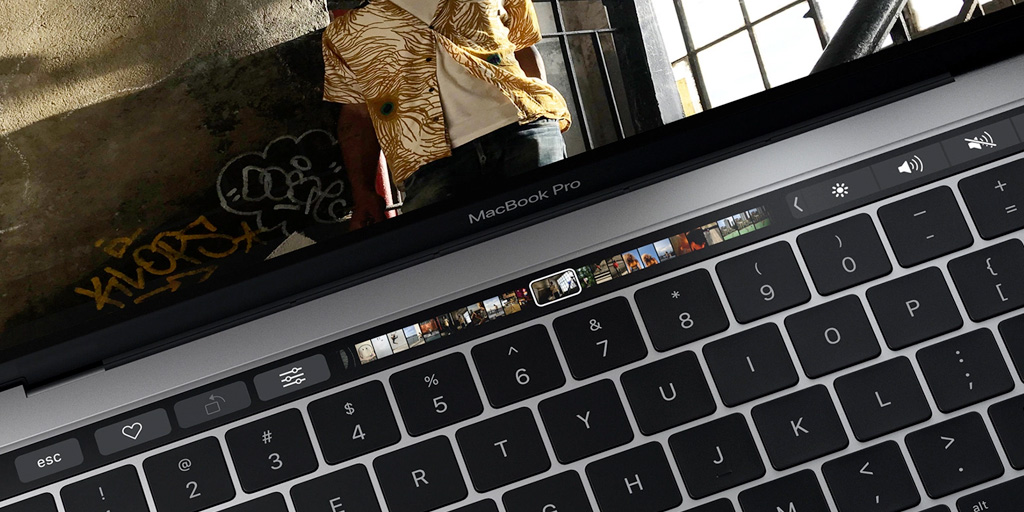 Yes, it’s been a long time coming. Not since 2012 has there been a significant upgrade to the flagship laptop and there’s been a lot of anticipation and speculation on what Apple would deliver yesterday at their product launch at the Apple campus in Cupertino.

The new laptops were not the only thing announced yesterday. They also have brought significant changes to Apple TV, and talked about the new release of iOS10, 10.1, which brings the new portrait mode to the cameras of the iPhone 7 plus.

So What’s The Deal With The New MacBook Pro?

Physically the changes to the new laptop is significant. Even though the screen sizes remain the same, Apple have created machines that are smaller, thinner, and lighter than their predecessors.

Both 13 and 15 inch have larger trackpads, with displays that are 67 per cent brighter with 25 per cent better colour.

Instead of the standard aluminium finish they’ve taken a leaf out of the iPhone book and made them available in 2 colours, that’s the standard silver and space grey.

The physical change most people will gripe about would be the connectors. There was much speculation on this due to the changes Apple’s made to their other products such as removing the headphone socket on their iPhones for example. Well, Apple did not disappoint here too!

Fortunately the headphone socket has remained, where they are messing with everybody is with USB.

The USB port has become an industry standard. Everything has a USB port on it these days, but apple has seen the future so they say and have released these new laptops without any standard USB ports.

The new laptops come with 4 Thunderbolt 3 sockets, two each side, a new standard which uses the USB-C port shape and they are the on the only in/out ports on the device. All four sockets can be used to charge the laptop (I like this!) or attach USB-C, Thunderbolt, HDMI and USB connectors via an adapter, and these can be purchased for less than £20 online. 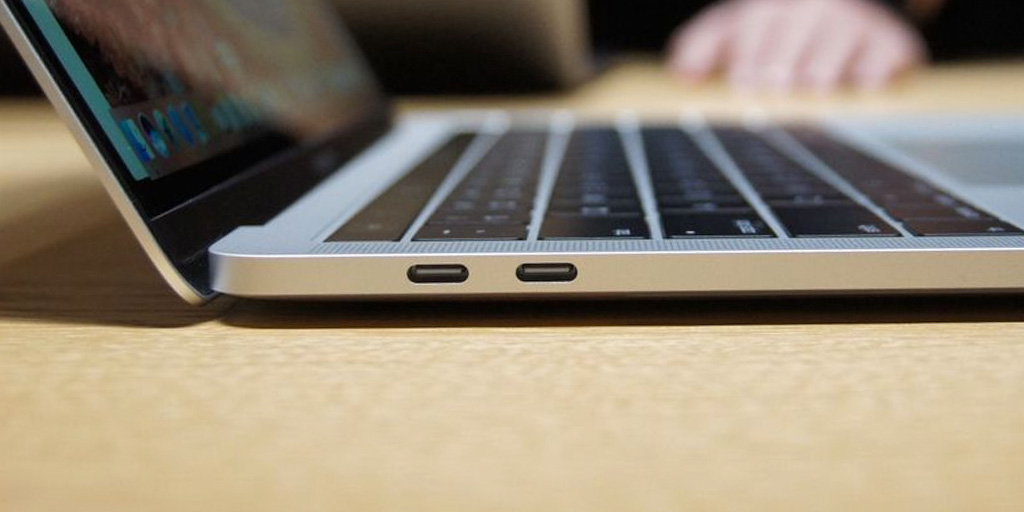 The speed of the USB C sockets is phenomenal. We were shown also how all those ports can be used to run two 4K displays, and two external RAID hard drives. Perfect for serious productions and professional users.

The one thing I don’t like about the new connectors and will miss is the magsafe aspect of the power connection. Better watch out when your dog or baby walks pass that it doesn’t take your laptop with it. A small complaint, but the connection being magsafe has stopped my laptops hitting the floor on several occasions.

Anyway on to the big deal.

This is what the fuss is all about. A strip across the top of your keyboard replacing the function keys.

In effect you could say basically that the Touch Bar is a programmable set of function keys that is a touch sensitive multi gesture OLED screen that will supply the user with an extra input area to control aspects of the program that they’re running. 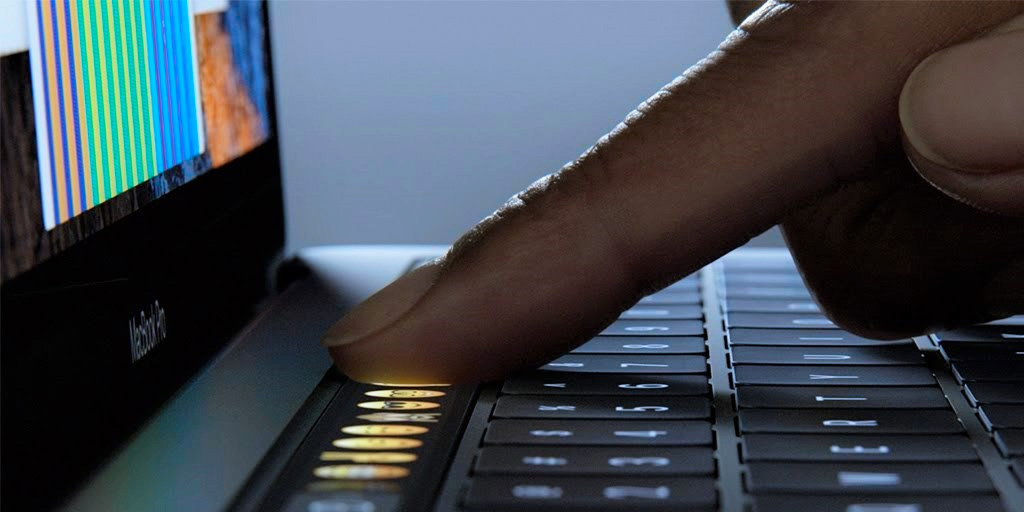 And according to the demonstration video, this thin touch screen seems to be quite versatile.

We were shown that the touch screen lets you select sections when you’re editing a video. It can also help you pick an emoji with your finger. You can scrub though a video with a swipe. Or if you’re looking at one of your photo slideshows, you can select a picture without having to bring controls on your screen.

I personally need to get hands on with this to see if it really improves the workflow for me because can’t you do this really with the touch pad?

They say it can also take input from each of your ten fingers simultaneously, which can be a useful feature, but the positioning of the the strip and it’s thinness seems like you would need to concentrate on finger position and accuracy for a while to get used to it.

While all these functions will change depending on the app you’re using, it’s going to be great to see how third party developers will utilise it, the standard general function keys will still be there to access around the customizable area.

In the top-left corner, there’s a touch button replacing the Escape, and at the very right, there will be a Siri button. The two volume buttons and a single brightness button are still there and arrow to view other shortcuts, such as keyboard brightness.

Touch ID arrives on the Macbook Pro and has 2 very useful uses. Firstly you can now unlock your laptop with your fingerprint, saving you typing in your password. (This is Apple’s second feature for unlocking your laptop, the first being a proximity detection if you are an Apple Watch user) And secondly, the ability to use Apple Pay right there on the Laptop as many websites now offer the facility to use Apple Pay online.

As I write this I hear that delivery in the UK has been pushed back to 5 weeks already, not sure about the US yet. But you can order the new MacBook Pros starting today, with a standard model without the Touch Bar available now for just $1,499. 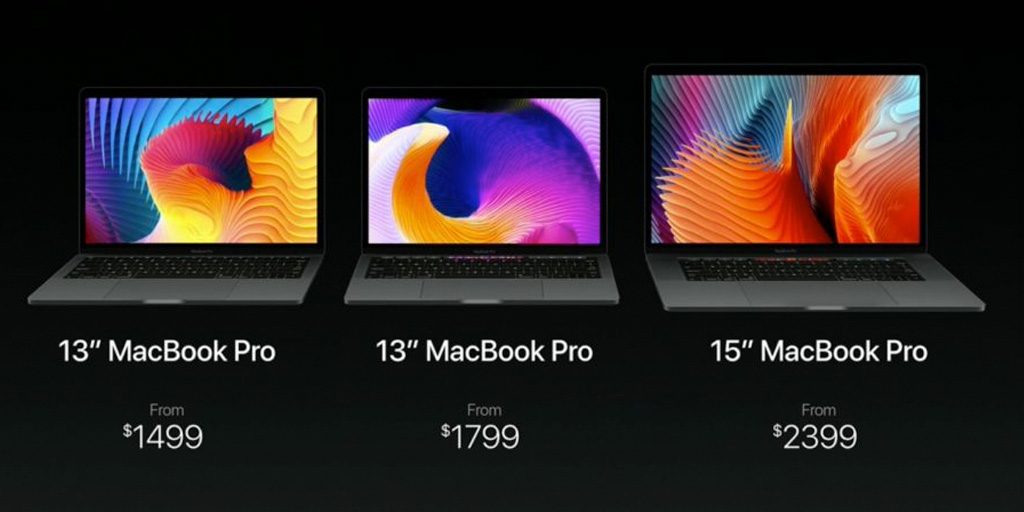 In the UK the prices are same but in Pounds. I guess us over here will suffer now because of the drop in the value of our currency due to Brexit.

Maybe you can tell from the tone of this article, the jury is still out on this one. As usual we find Apple pushing the point that it’s the thinnest and best laptop they’ve ever produced. Of course any company would be pushing that, but are there any real innovations here?

From reading comments this morning, many of my MacBook user friends are saying the performance increase isn’t a big change form the last models, as they’re still using the same processors as before, but from what Apple are saying there’s a sizable increase in speed in using power hungry applications such as 3D rendering, video editing and the like. 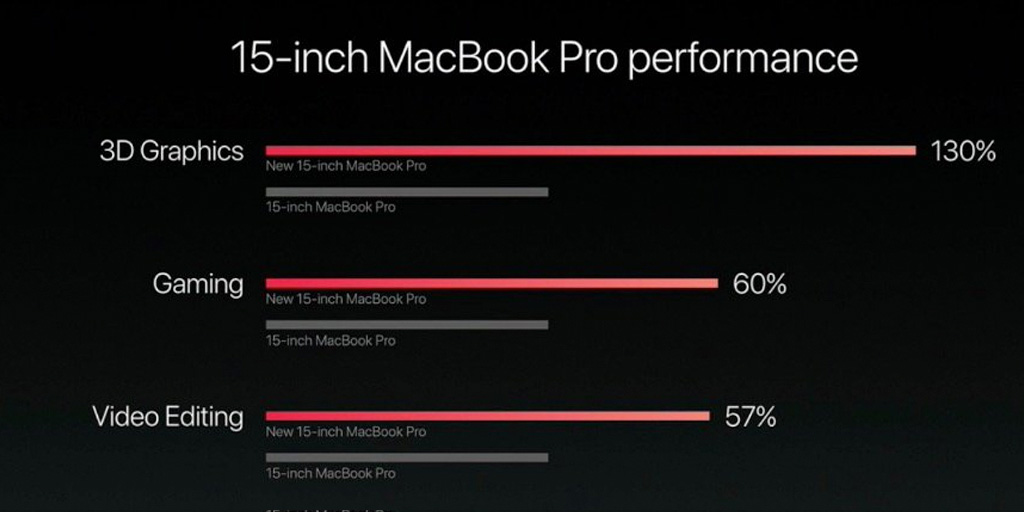 It’s great to have an amazing screen resolution for those involved in the visual arts, (I for one hate using anything but a retina screen these days), but it does seem like a repackaged macbook pro with a few more bells on.

We are all waiting for that great new innovation from Cupertino that turned us into Apple fanboys in the first place, this presentation didn’t deliver any of that. Microsoft seem to be delivering exciting new products that change and push the whole process of creativity, where Apple seem to be standing still, concentrating on miniaturising and streamlining their products with small increments in design and size, with reductions on connections (is this part of the process to make the components easier and cheaper to build, while the products themselves become more expensive?), whilst convincing loyal customers that this is the way forward?

I’m getting a little confused by my relationship with Apple at the moment. Only time will tell.

Well that’s our opinion, here’s a video with summing up of yesterdays presentation.