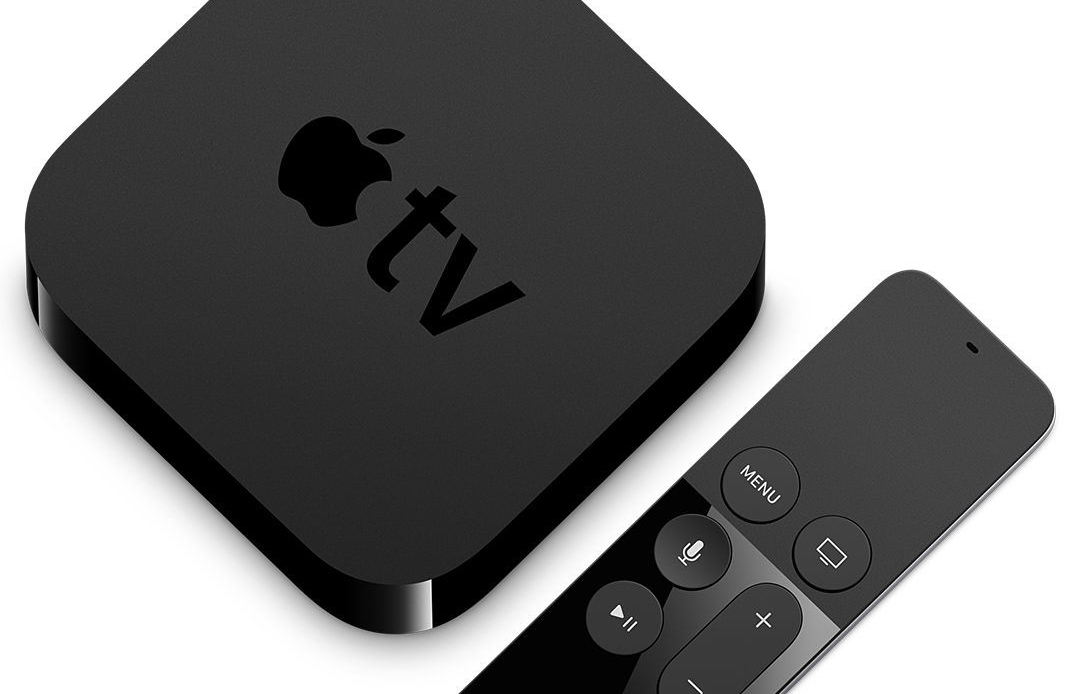 Announced at the most recent Apple ‘mega’ event in September, this 4th outing for Apple TV is supposed to be the beginning of Apple revolutionising television and viewing habits in a similar way that they changed our use of phones.

It’s available with either 32GB or 64GB of storage (primarily for Apps and games) and priced at $149 and $199 respectively. You can get yours here (and here if you’re in the UK)

What is Apple TV?

But, what is Apple TV and is it really that good?

Here’s Apple’s own introduction video to give you a quick overview:

In essence, Apple TV is a media player. That means that you plug it into your TV and over your internet connection Apple TV will give you access to streaming TV services (such as Netflix and Amazon Prime) and, of course, to all the movie and TV content that is available through the iTunes Store.

So far, not that different from a ‘Smart’ TV from any number of manufacturers – although access to the video content on the iTunes Store on any other device does require some working around on any other manufacturer’s smart TV. Apple likes to keep that content for itself and its devices!

And, of course, this box is plugged in to your TV and you might well be duplicating features that you already have (if your TV set is relatively new and has apps for streaming services).

Apple sees the Apple TV though as the “foundation” for a new type of TV experience as Tim Cook has put it.

And this comes from what else the Apple TV promises to deliver – some of it now, but lots of it in the future.

One big idea is that the ‘App Store’ is part of the operating system of the Apple TV. That leads to several innovations. Apps that can run on a big screen will begin to appear on the Apple TV – which means lots of simple games like ‘Crossy Road‘ have a big screen version.

Of course, the 11 million developers who have already created Apps for iOS will undoubtedly rework their existing offerings to run on Apple TV but also use the larger format to create Apps specifically for Apple TV. I can’t quite imagine where this leads us but I do know that we couldn’t foresee what Apps on phones would mean to our behaviour, so let’s assume that a similar seismic change in how we can use our TV is coming with this new format.

More importantly, one of the weaknesses of earlier versions of Apple TV was that many of the third party streaming options didn’t run as apps as we think of them. They were more like dedicated web pages that were served to the device. This mean limited numbers of companies were able to create them and they were a little clunky.

Now that Apple TV has it’s own slick Apple OS, and with the prospect of true App functionality, all the TV services that exist and those that are yet to come should end up working in a native App. For us in the UK, that means things like BBC iPlayer and 4OD and for the US perhaps a Hulu app will appear.

Tim Cook thinks that Apps are the key to Apple TV success:

“Our vision for TV is simple and perhaps a little provocative. We believe the future of television is Apps. In fact this transition has already begun – we are spending more time watching TV on our iPhones and iPads via Apps.

We need a new foundation for TV. One that’s built on powerful hardware, a modern OS, and with developer tools so that developers can create Apps, and has an App store so that customers can find those apps and personalise their experience better than ever before.”

Another large leap forward with the new Apple TV is the use of a universal search. This means that users can simple search for ‘funny movies’ and they’ll get results across all their installed Apps (such as Netflix and Amazon Prime) plus the iTunes store and more.

Plus, there’s a new remote that integrates Siri in the new Apple TV OS. That means that this very slick new remote has a microphone and you can talk to your TV using Siri and have intelligent repsonses to your commends.

For example, you’ll be able to ask Siri to skip ahead by a specified period or time. If you miss something that’s been said on screen, you can ask Siri what they said and she will skip back 15 seconds and temporarily turn on closed captioning.

These are the very clever innovations that we all expect from Apple and that can really change the way we consume TV.

The new remote also incorporates a Touch surface along the top to make it easy to navigate by swiping back and forth between programs and it also features a Siri button to enable those voice activated commands.

But that’s not all.

The remote also has motion control sensing so that it can function as a gaming controller. And, with the reality of upscaled Apps from the App Store, this new Apple TV is a potent gaming console. OK, it simply isn’t going to have the dedicated processing power of your favourite PS4 or XBox console so you’re not going to be ditching them for this, but it will soon play a range of very engaging ‘pastime’ games that have been well proven on the iPhone and iPad.

Your smart TV can’t do that!

The options for storage (32GB or 64GB) are currently designed for storing Apps and Games – so if you’re not likely to have that many, the lesser amount will be fine.

But, where’s the killer feature that would mean you could ditch your cable contract and just go Apple TV?

Well, Apple have never confirmed that they will offer a streaming TV service to compete with the likes of Netflix. But, the rumours are strong and this box could, of course, deliver it.

The new Apple TV does have the Apple Music streaming App built in. So, if you’re a subscriber to that, you’ll be able to use your Apple TV as another place to hear your music collection.

It’s not much of a stretch to assume that they will be looking to add a streaming TV service on top!

Before we round-up, take a look at this in-depth unboxing and review video which gives you an idea of how Apple TV looks and performs.

We really like this latest generation of Apple TV – it’s better equipped and the possibilities offered by Apps really could make this a true TV hub for your home.

But, if you have a ‘Smart TV’ already, do you need this Apple device?

Wait and see how it pans out and if Apple do bring out a TV streaming service, then expect this part of their business to explode, just like iPhone did when it was introduced.

Until then, we’ll wait and see!