The Complete Guide to Hand Gestures in iOS 10

If you’re just getting used to your new iOS device, you’ll have noticed that there are a lot of hand gestures. From basic to complicated, most tasks on your device involve using hand gestures in iOS 10 on the touch screen.

The basic hand gestures stay the same across devices, however there are some small differences in how the device reacts. Larger devices such as iPads have a little more functionality whereas a device like the Apple Watch has less.

In this guide we’ll look at iPhones and iPads and the hand gestures that make them work. You may be surprised by a few of them – your touch screen can do more than you would think!

Hand Gestures On Your iPhone

It’s important to use light touch but firm touch on your iPhone screen. This will yield the best results. On newer iPhones (iPhone 6S and newer) you have 3D Touch which responds to hard and light touches differently. This brings a new dimension to hand gestures.

Without a doubt, tapping is the most common way to navigate your iPhone. Tapping is used to select things or to open them. 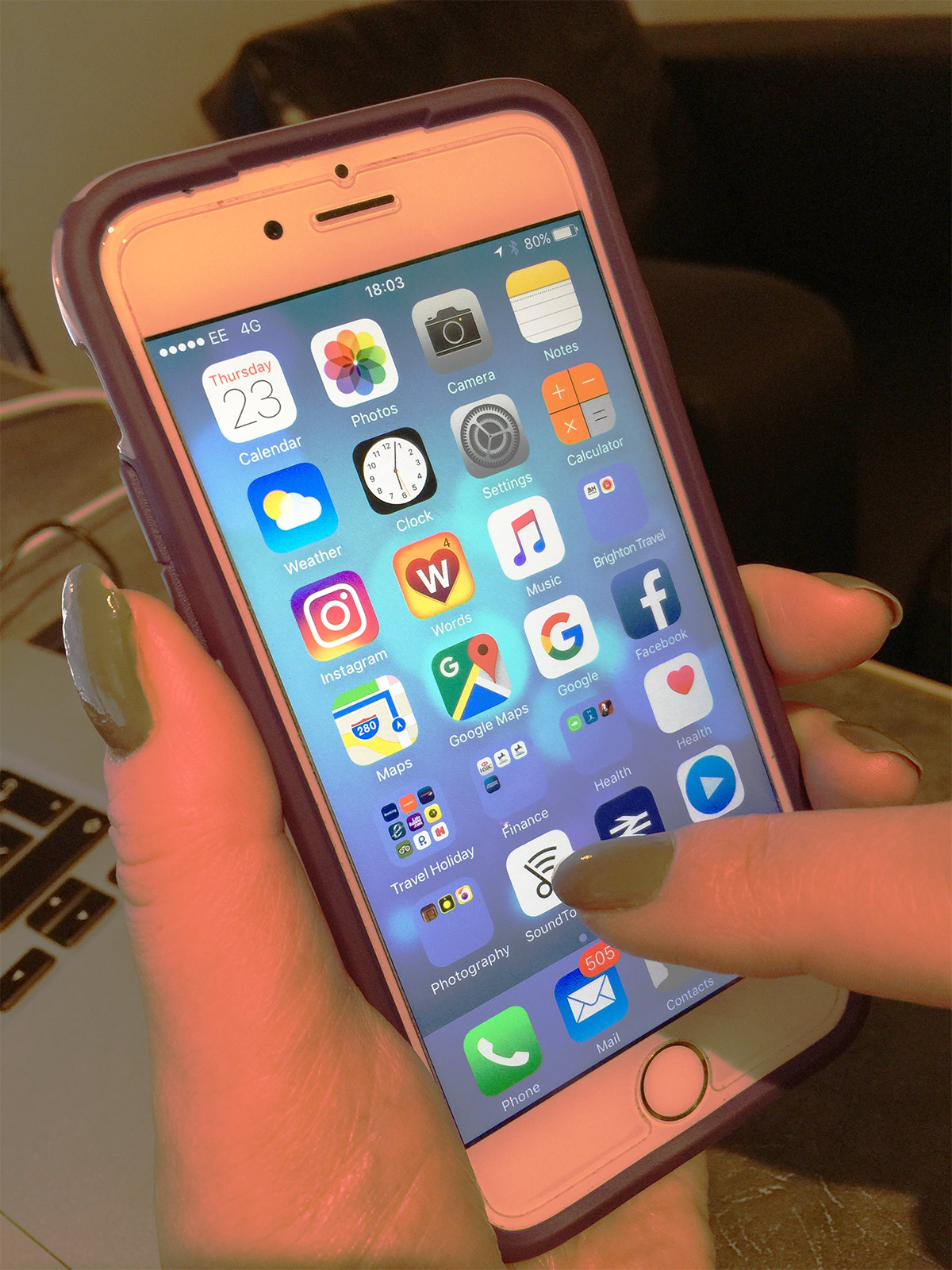 For example, to open an app from your Home screen, tap it. You don’t need to press and hold it, just a tap will do.

You’ll also using tapping to type on the on-screen keyboard. To open a link in Safari or select a song in Music, you’ll tap on the media you want to hear.

As you can see, tapping is one of the most basic functions that allows you to navigate your iPhone.

If you are reading an article in Safari or an email in Mail, you’ll need to scroll to see all of the information. You can scroll by dragging you finger up or down the screen. 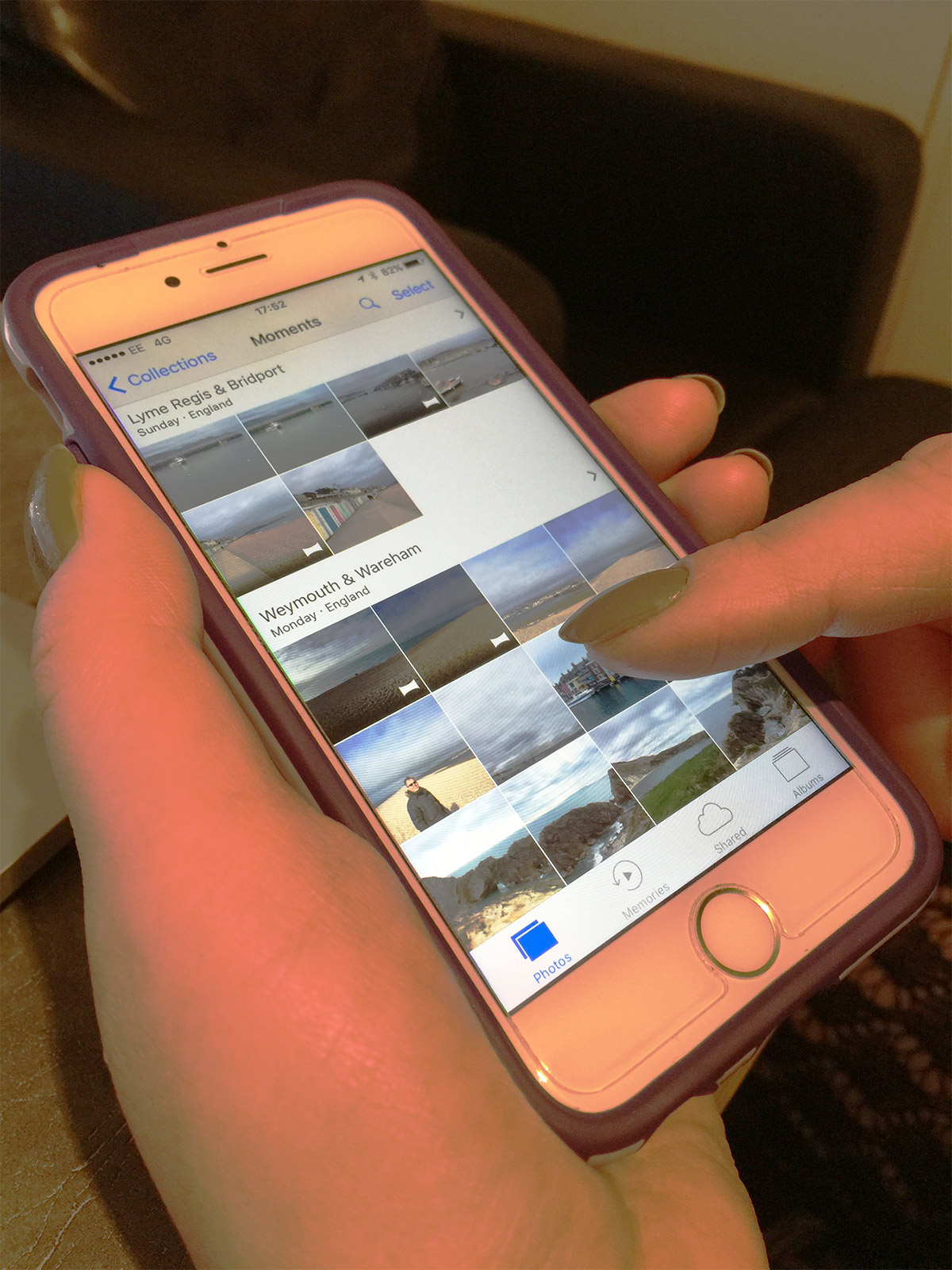 You’ll mostly use scroll when you can’t see all of the information on the screen. You can scroll up or down to get the whole picture.

If you drag your finger down from the very top of the Home screen, you’ll reveal the notification centre.

If you drag up from the bottom of the screen, you’ll be able to access the Control Centre.

Swiping is a very similar motion to scrolling. Whereas scrolling is vertical, swiping is horizontal. To swipe, drag your finger across the screen left and right. 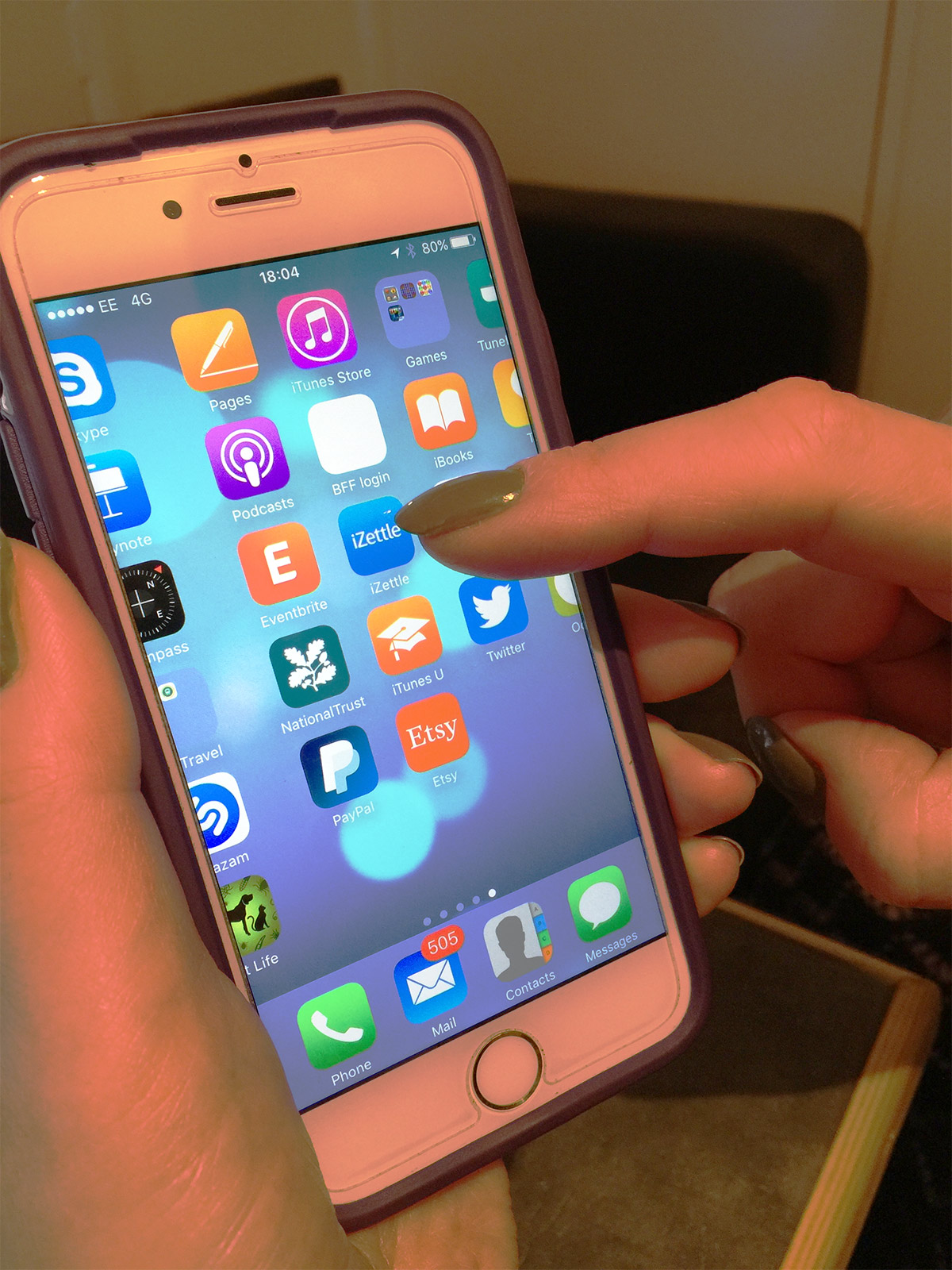 You’ll use swiping if you have more than one page of apps and need to get to the next page. By double clicking your Home button, you can swipe right to quickly access recently opened apps.

You’ll use swiping when you’re moving through pages of an ebook.

You can drag items by tapping and holding an item and then moving it around. 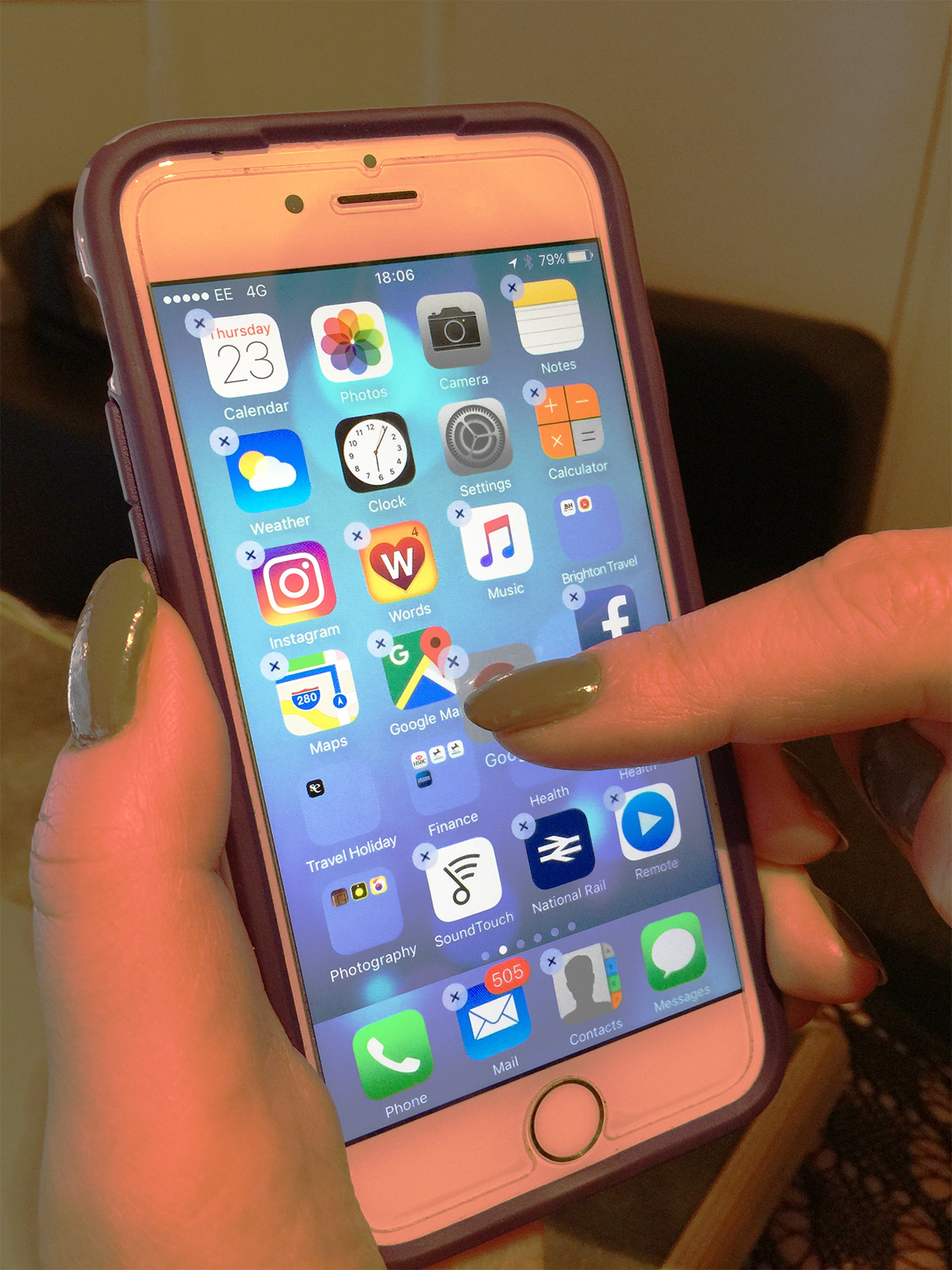 The most obvious example would be moving around apps. You can reorganize your apps by tapping and holding an app and then moving it to where it should be.

This function is less common, but you may find it used in third-party apps and games.

Pinching and spreading are two finger gestures. They are commonly used in many native and third-party apps.

These functions generally serve to zoom in and out on a page. You can also use it in Safari when you’re looking at a webpage.

The more you spread or pinch your fingers, the greater the effect of the zoom.

Double tapping is much the same as tapping, but you do it twice in quick succession. Many users will be accustomed to this feature from it’s use on computers.

This feature will zoom in on a photo or have uses in third-party apps. For example, you can ‘like’ a picture in Instagram by double tapping it.

3D Touch allows you to tap the phone screen with varying degrees of intensity and have your phone respond. 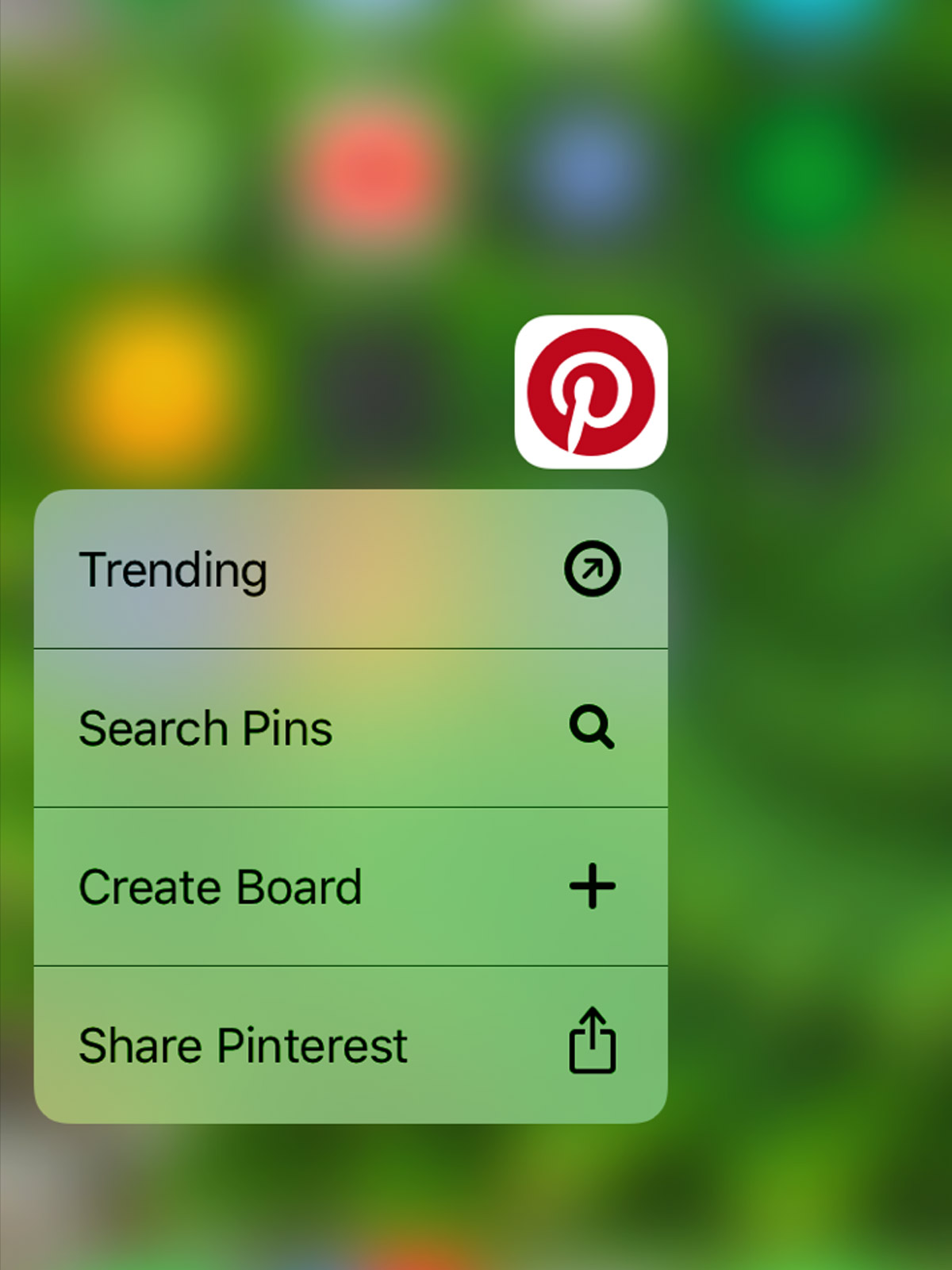 For example, you can hard press an app, and it will bring up a variety of easily accessible options.

Or, if you’ve received a notification, you can hard press it while it’s in the lock screen and bring up a dialogue box that allows you to respond to the notification.

Hand Gestures On An iPad

We’ve now covered the basic hand gestures required to use an iOS device. All of the gestures listed above are the exact same for an iPad. However, the iPad has more to offer.

To take full advantage of the iPad’s many gestures, you need to turn on Multitasking Gestures. To do this follow these steps:

Tap on the Settings app.

Find ‘Multitasking Gestures’, and slide the slider into it’s ‘On’ position.
Now that you’ve enabled this function there are a variety of useful hand gestures at your disposal.

The five finger pinch is the same general idea as a regular pinch, except you use all five fingers. Simply place your five fingers on the screen and draw them together. The page you’re looking at will reduce in size and close, returning you to the Home screen. 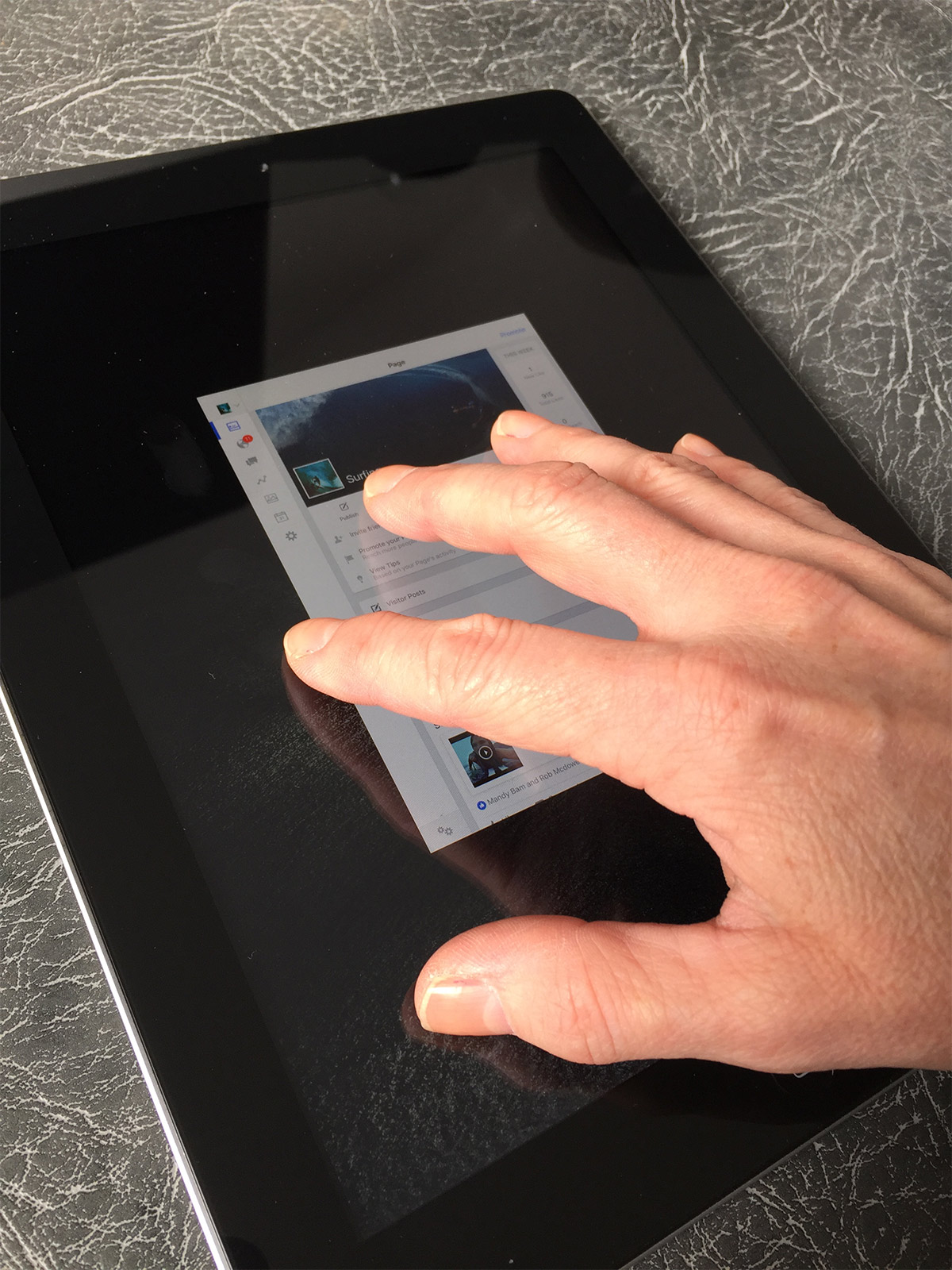 This features works with most apps and will automatically send you back to the home screen. Basically, it’s an easy way to access the Home screen without pressing the Home button.

The Home button often gets worn out, so it’s smart to use this feature often.

Remember how double clicking the Home button brings you to all of your recently opened apps? Well the five-finger scroll does the same thing. 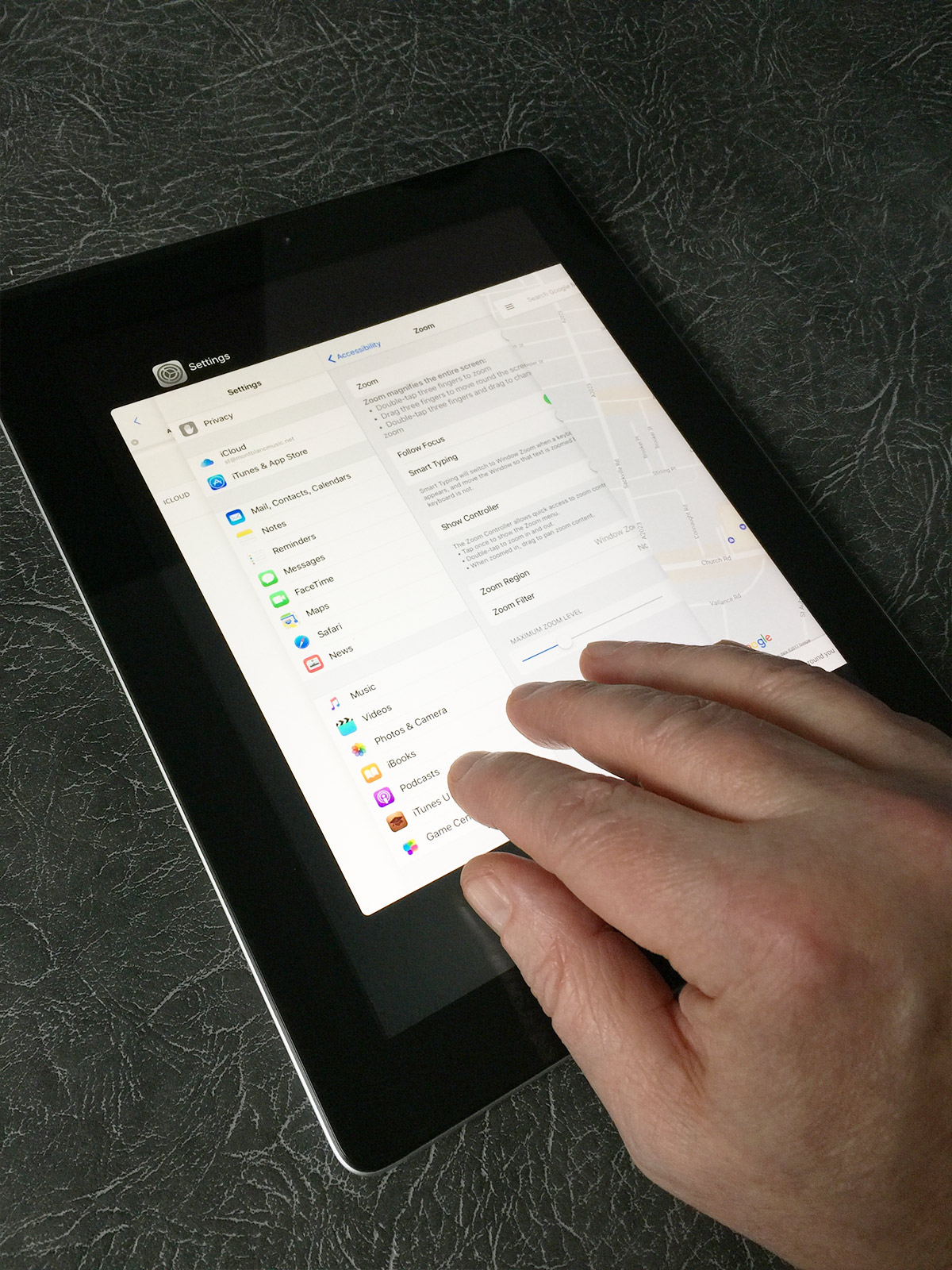 Place all five finger on the screen and drag them upwards. This will open the app switcher.
Again, this reduces the use of your Home button which is always a good thing.

The five-finger swipe can be down to either the left or the right. This feature is used to switch quickly between your current app and whatever app you were last using. 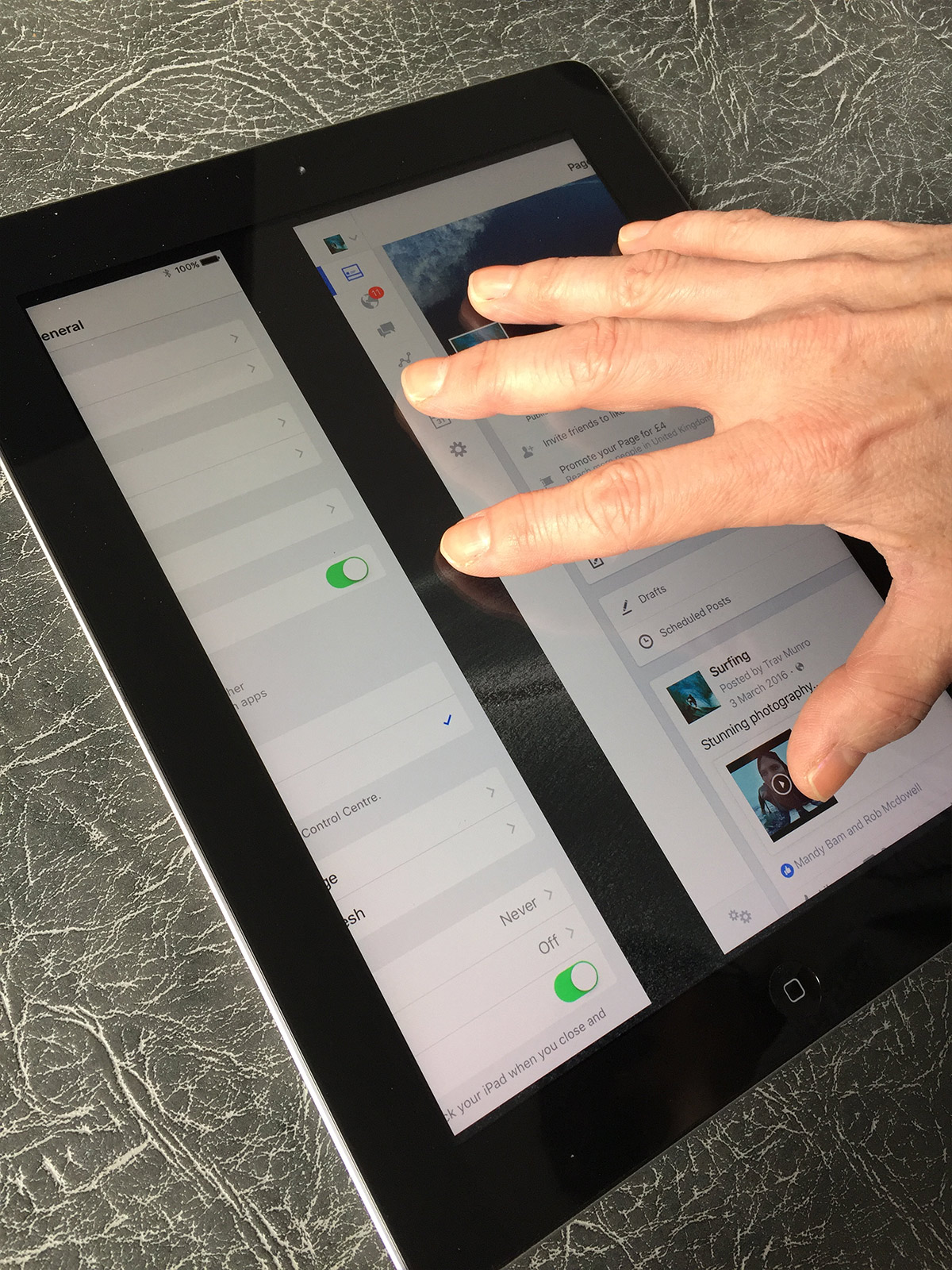 It does not bring up the app switch, and is thus an easier way to do this. This feature can be useful if you are copying information.

The following three features are designed to help people who may not have full functionality in their hands or have trouble with eyesight. They can be useful for everyone as well. 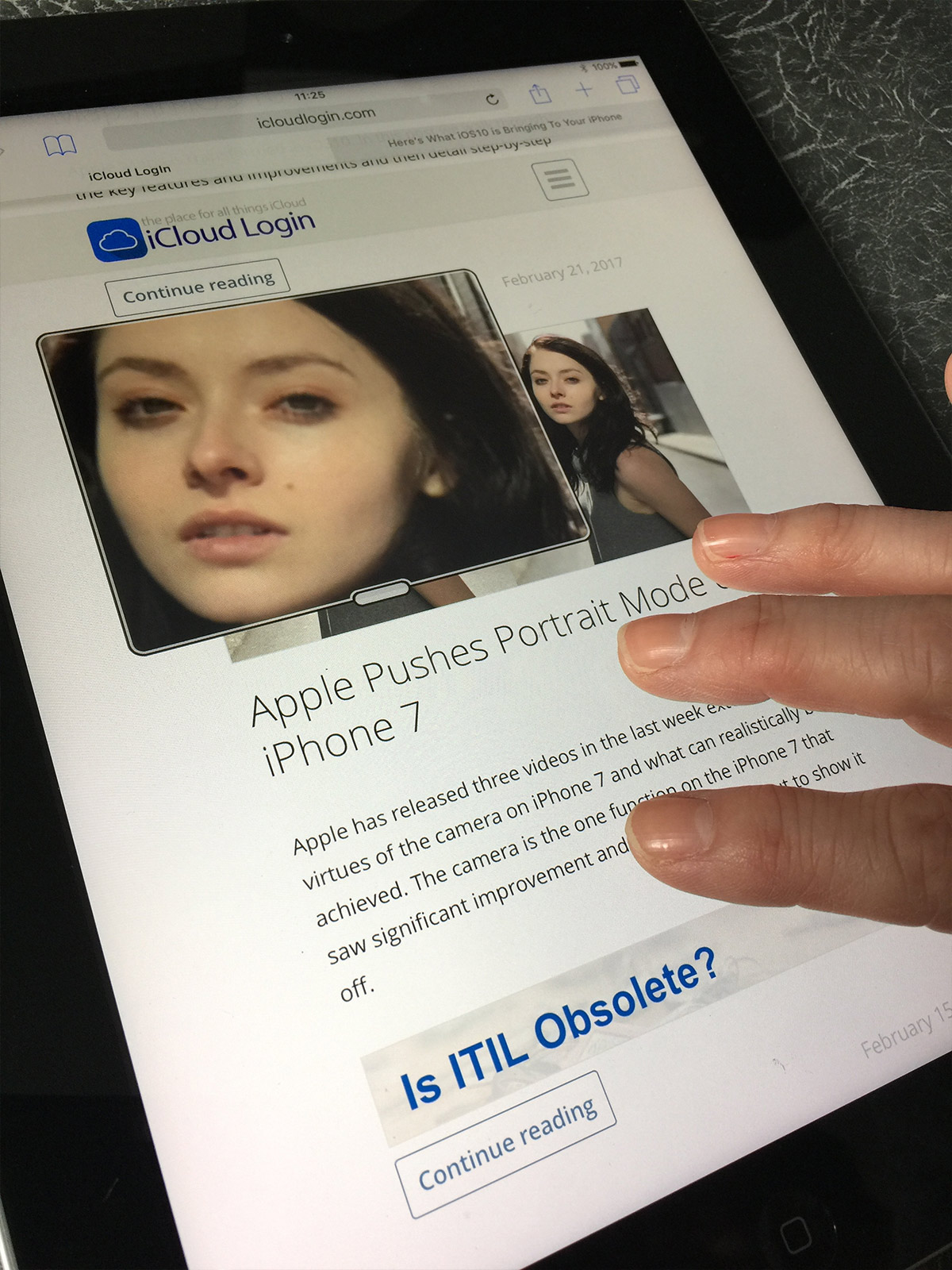 To enable them, go to Settings > General > Accessibility > turn on the Zoom slider.
Now, you can double tap with three finger to zoom in on something. This is like the single finger double tap, except it can be done anywhere – including the Home screen.

To navigate around the screen while you’re zoomed in with the three-finger double tap, simply tap and hold with three fingers and drag your fingers around.
This way, you can navigate a zoomed screen while still using regular gestures like tap.

Simply double tap with three finger and then hold your second tap. Now, move your fingers up and down to control the level of zoom.

The Basics Of Hand Gestures

These are all of the basics of hand gestures in iOS 10. You should now be able to navigate your iPhone and iPad with ease.

This article originally appeared in our monthly subscription newsletter, iExpertnews.

To find out more about iExpert news. As an iCloud Login reader you can have a trial at $1 for the first month then just $5 monthly instead of $9 monthly.