We’ve got a couple of posts this week that are a little different – they’re answers to direct requests that we’ve had from readers.

We’re always happy to try to cover the topics that people want advice or help on – in fact, that’s exactly what we do over at our premium newsletter, iExpert News.

The first piece is an answer to a question that came about because of the iPad Pro review we wrote last week. I was saying how brilliant it is as a movie device and I got a few emails (thanks to Len Giles and Ali Kinsley amongst others) saying that was all well and good but that without a DVD drive it’s always been a pain to get video on to your iPad and that buying movies or TV episodes from the iTunes Store was way too expensive. 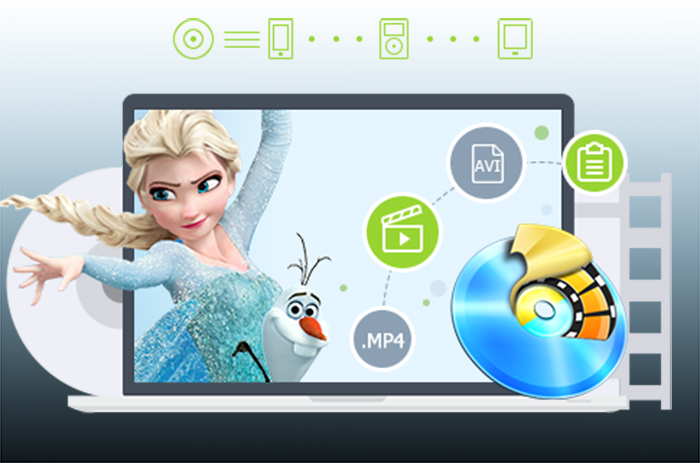 The common solution is to ‘rip’ the video from your DVD using some software that runs on a Mac or PC and then get that file on to your iPad.

Now, although it needs to be said that it is apparently illegal to ‘rip’ video from DVDs that you own which are commercially available (meaning those same movies and TV shows), I am no lawyer so I have no comment to make.

What I do know is that pretty much everyone I know has ripped a lot of video from their DVD collection and added it to their iPad.

I’m not admitting anything, but if you have kids and a large collection of the movies that they love (I’m talking about you Disney and Pixar) you’ll likely know only too well what bliss it is to have them watching a movie on an iPad in the back on a long car journey.

You might also just want to back up your large collection of movies on DVD, for future use or just to free up some shelf space. Whatever your reason, having the freedom to watch movies and TV that you already own on your portable iPad without buying them again is the goal.

Which DVD to iPad Software is Best?

There are literally hundreds of pieces of software available for download on the internet that will allow you to rip the video from your DVD – as long as you have a DVD drive on a computer or can plug one in!

But, they come with a lot of potential pitfalls.

Some free software does the ripping process in sections – so you often need different free software to pull the video from the DVD and then a different one to make the video file that will work on your iPad – and you also have to understand some of the terminology being used.
For me though, the biggest issue with free software is that (wherever you get it from) it often comes bundled with malware and other nasty things like browser plugins and pop-up ads. I hate that stuff and it freaks me out!

Now, if you’re a Mac user these nasty bundles are usually less of a threat to your computer, but as someone who was a long term PC user (and who still uses both) I can assure you that getting a load of noxious software installed when you grab free software from supposedly legitimate sites is a massive pain.

Avoid it wherever possible.

I’m afraid to say that is also sometimes the case with what appears to be legitimate paid software.

So, What Software Should I Choose?

If you insist on free, then lots of people do swear by Handbrake.

I have used it in the past but not its most recent version.

The reason I don’t swear by it isn’t for the reasons above, but is more that I have always found it fiddly to use and hard to set up to get the results I want – by which I mean the screen size and quality of my finished file that I want to put on my iPad. It just feels a little as though it’s made for people who are techy geeks and it’s not intuitive. If that’s you (the techy geek!), you’ll probably be fine.

I’m not going to say more than that, and if you go for free, then that’s the one to try.

The One I Use

What I use now is MacXDVD or WinXDVD – both made by the same company, Digiarty.
MacXDVD is for Mac and WinXDVD is for PC (kinda obvious I know!).

In both cases, I’d go for the Pro or Platinum version that has the most options and no restrictions.

We are an affiliate for both of those bits of software, so we get a commission if you buy them.
That’s not why I recommend them, though. I recommend either of them (to suit what type of computer you have) as they’re what I use. And, I ended up using them after trying the free and various other options.

I came to them as they are well reviewed by many of the Mac and PC magazines (you’ll find good reviews with a quick Google from the likes of PC Advisor and MacWorld and similar) and I stuck with them because they are so simple to use and they give great results.

The main thing I like is that they guide you through exactly what you need to do with simple buttons for each task they can perform. You’re given very simple options to choose what device you’ll be using the video on and what quality you want.

Of course, one of the things that the software is also doing is removing any copy protection and region codes in the DVD so that it can rip it and be played on your mobile device.

How to Rip the DVD

I’m not going to give you the full detailed instructions as there’s a full video below, plus it really is easy!

But, the steps where people fall down generally are in the settings in WinxDVD / MacXDVD but also then in getting their new iPad/iPhone ready video file on to their device! 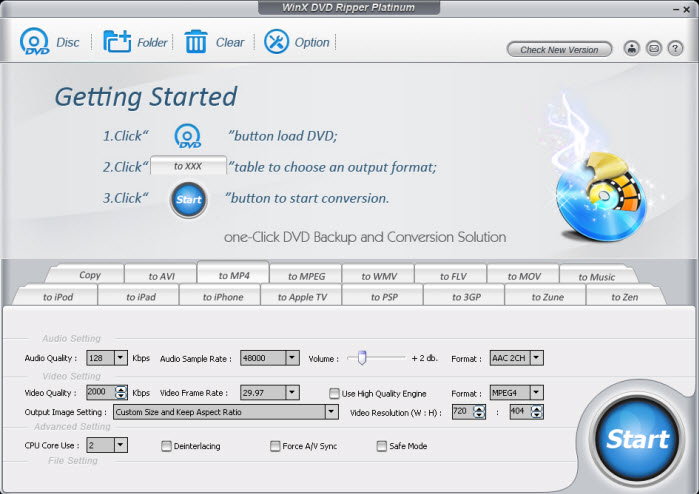 Here’s what you need to remember:

1. After you’ve bought WinXDVD or MacXDVD and installed it on your computer, just open the program – I’m going to show you WinXDVD, but both are very similar.

2. Insert the DVD disc into your computer DVD drive and click the ‘Disc’ button top left.

3. The software will read the disc and prepare to rip it.

4. When a window pops up, scroll down on the left until you see the device you want to rip for. You’ll see that most smartphones and tablets are covered – most importantly for us that includes the newish iPhone 6 and 6 Plus and all iPads. Pick your iPhone or iPad.

5. Adjust the slider for LQ (quicker and smaller file size that takes up less memory on your iPad or iPhone but lower resolution) and HQ (the opposite!) and click OK. I would generally advise going for HQ unless disk space on your iPhone or iPad is a real issue. It’s a trade off.

6. The software will give you the option to choose the main feature (the movie) and any bonus content. Make your choices and click ‘Run’.

7. The finished file will be wherever you have set it to be stored on your computer (see the ‘Options’ tab in the software).

8. Once you have the video file you need to open iTunes on the same computer, drag the file into iTunes and from there you can sync it to your iPhone or iPad.

Here’s a great video that  shows you the process in just a few minutes.

You can get the Software here:

For Mac – MacXDVD
For PC – WinXDVD