Apple made some major changes to the screenshot feature in iOS 11, which is interesting because it’s such an old feature. You’ve always been able to screenshot on your iPhone, and I don’t think anyone really thought it needed to be changed.

However, the changes Apple made were quite worthwhile. The changes made it much easier to markup and edit your screenshots. You no longer have to go into your Photos app, you can do it immediately after you take the screenshot.

Obviously, people will use this for tutorials. People on Twitter have already started using it for comedic purposes as well. There is lots of potential, and it’s available to anyone!

In this guide, we’ll walk you through how to use the new screenshot features as well as how to enable and use screen recording.

How to Use Screen Recording

1. Open up the Settings app and tap on Control Centre. 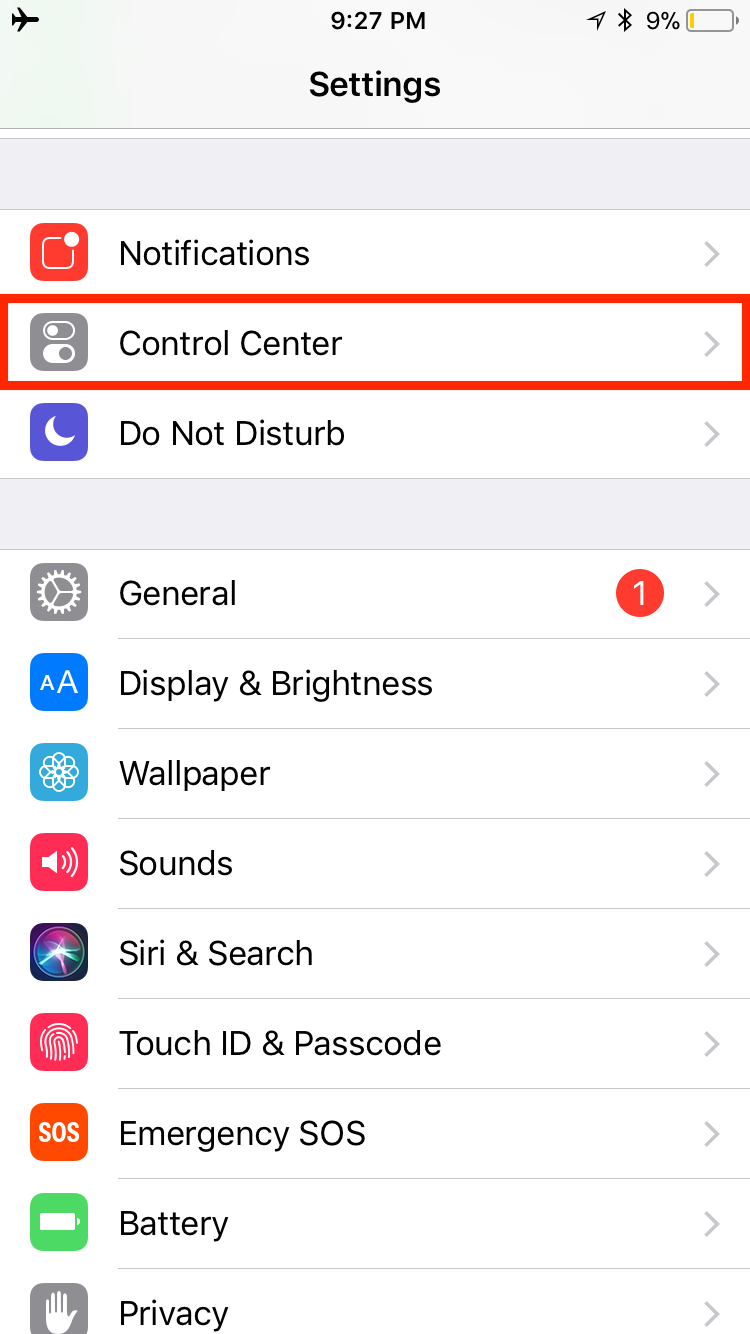 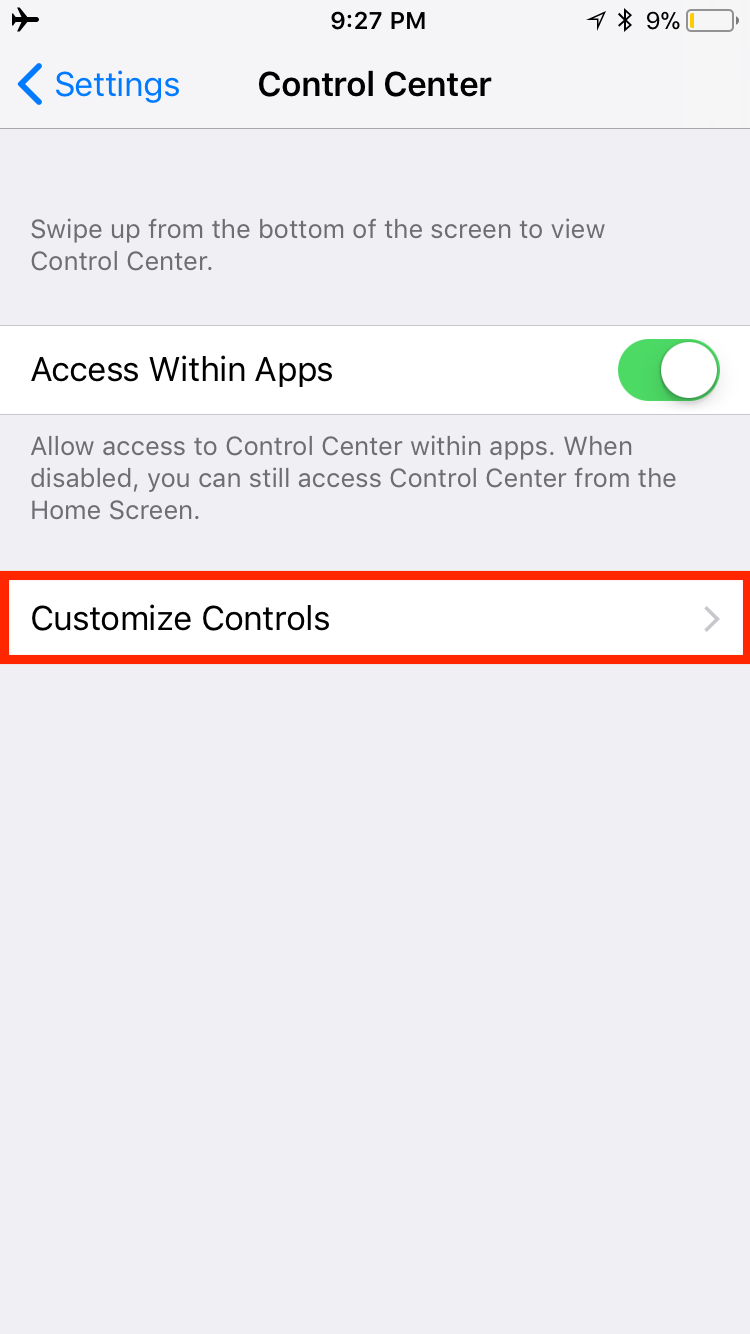 3. Tap on the green ‘+’ button beside Screen Recording. 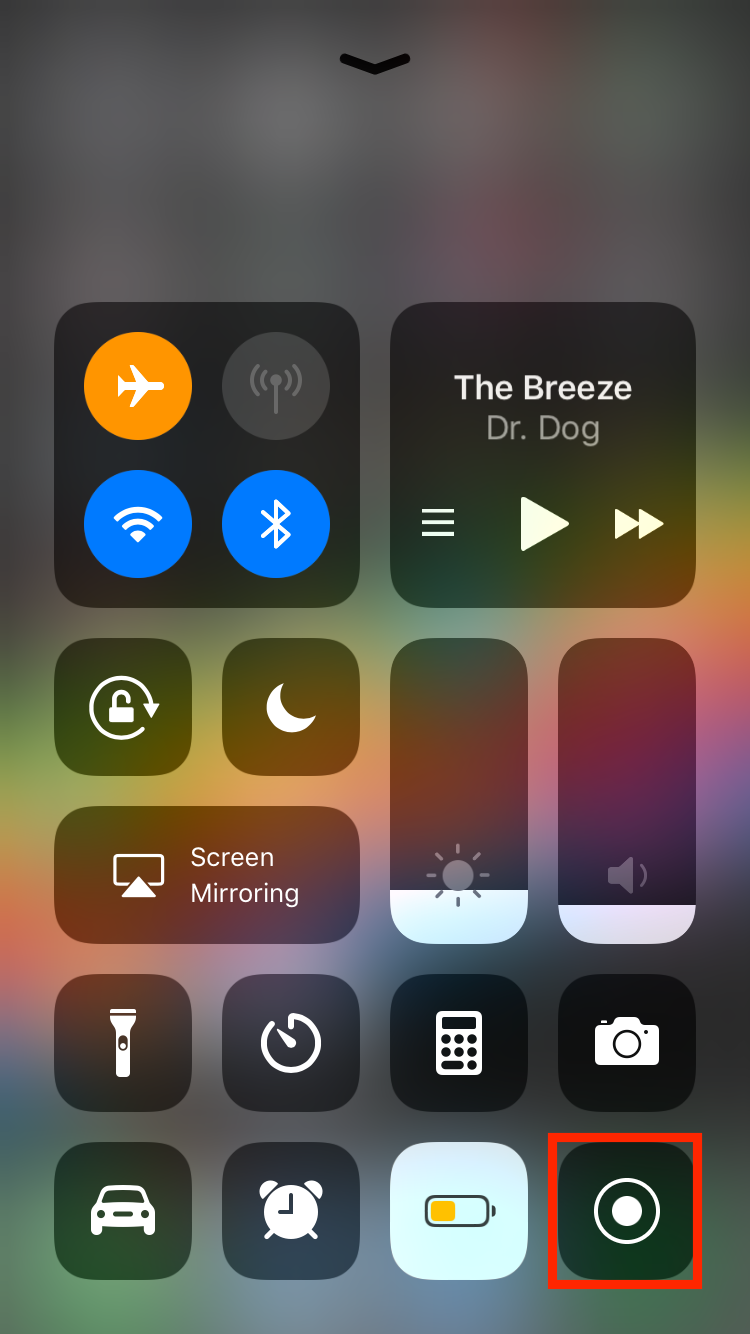 You’ve now got screen recording enabled and you can use the feature any time. Here’s how to use it.

1. To start recording, pull up your Control Centre by swiping up from the bottom of your screen. Tap on the Screen Recording button.

2. Before you start recording, hard press the screen recording button. This will bring up a separate option called Microphone Audio. Tap this to turn the function on and off. Basically, the microphone will just record whatever is going on, and add it to the recording. 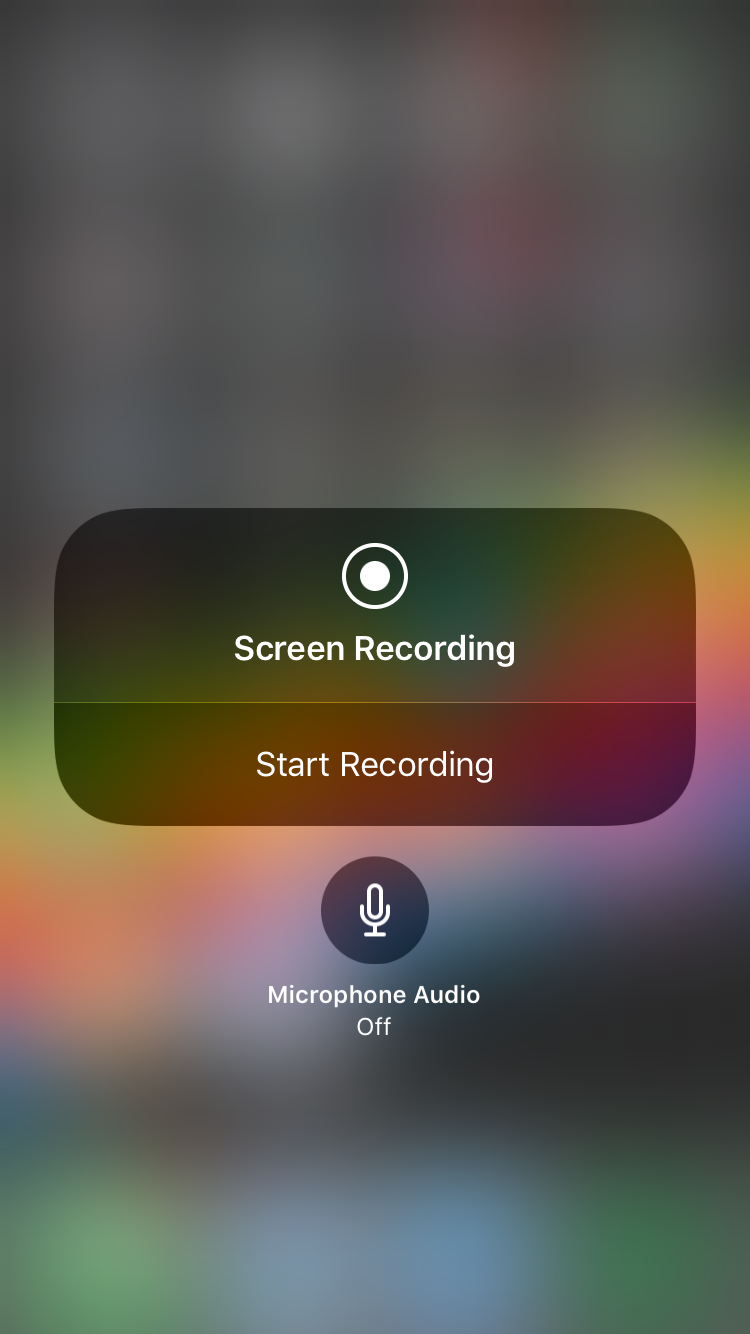 3. You can start recording by pressing the Start Recording button in the hard press screen. 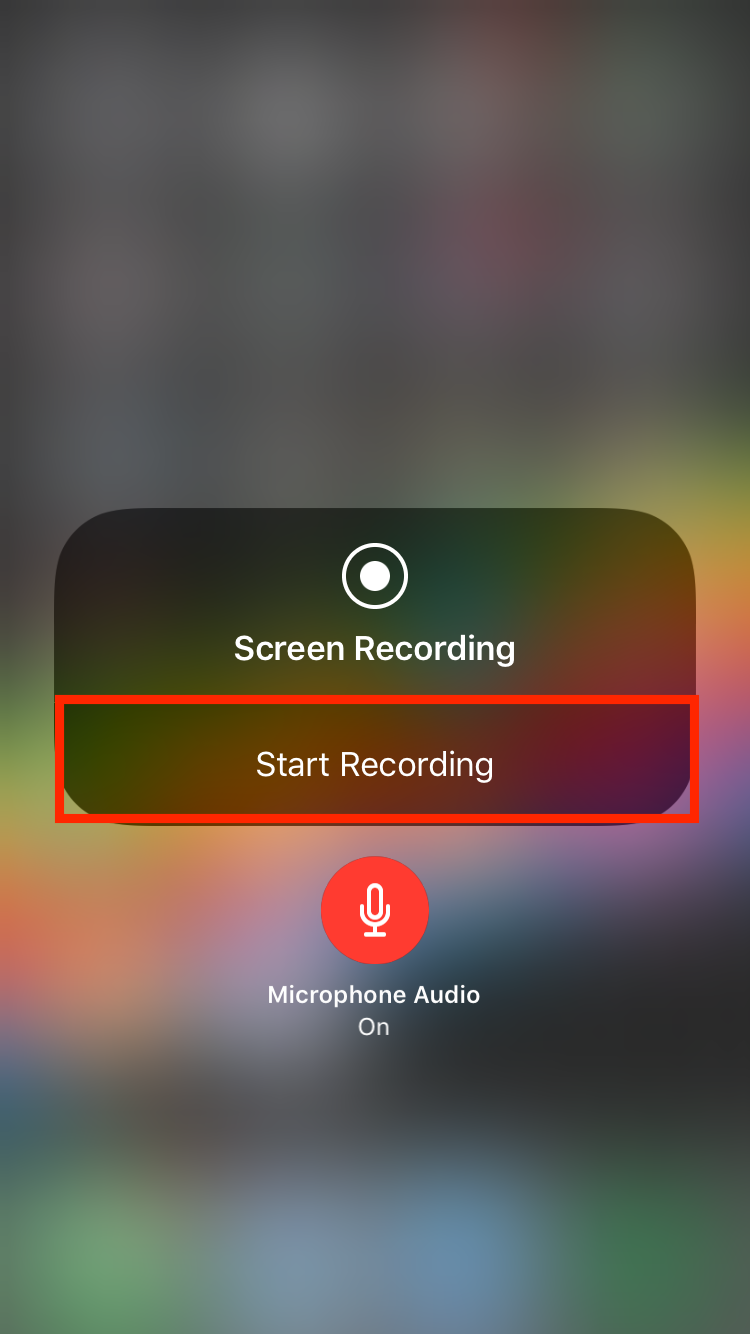 4. You can also start recording by simply pressing the screen recording button in the control centre. If you’ve previously selected to have Microphone Audio on, it will stay on. 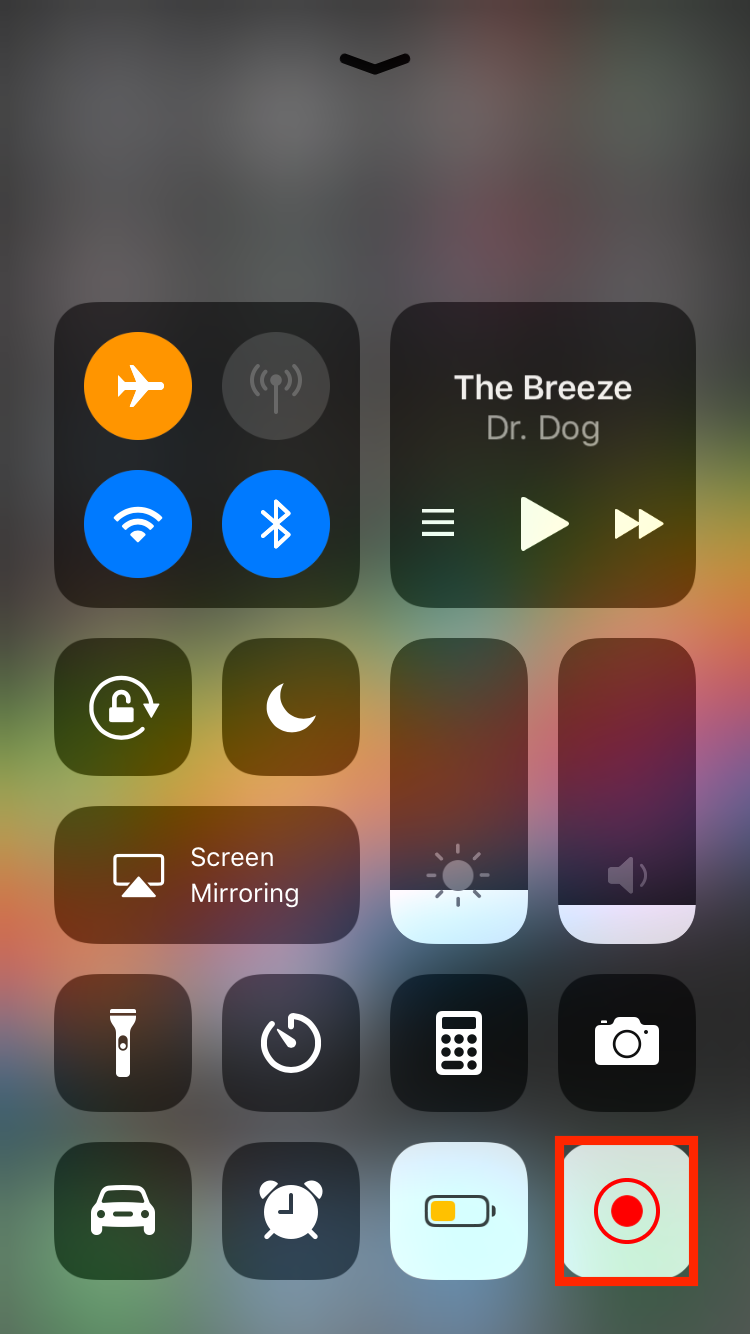 5. To stop recording, either press Stop Recording, or tap the Screen Recording button. You can always edit out this part of the video later. 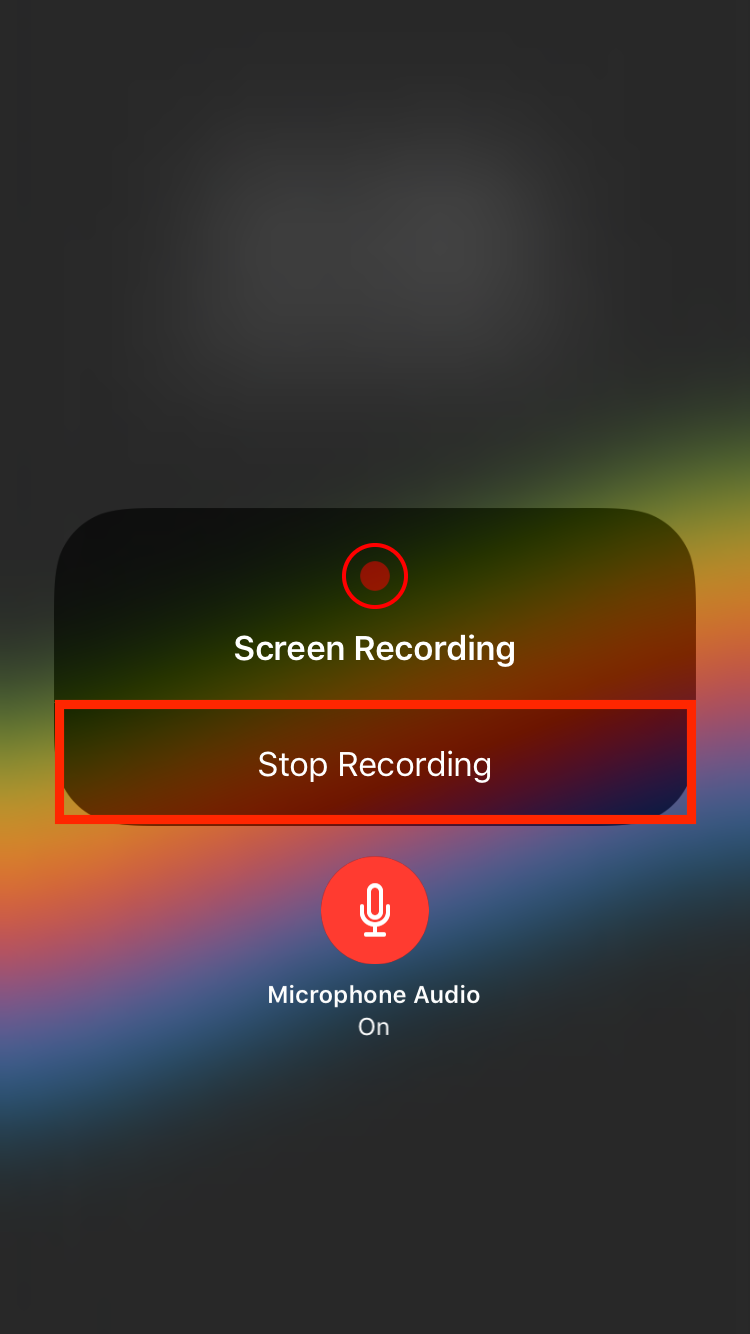 6. When you’re done, your screen recording will be saved to your camera roll. 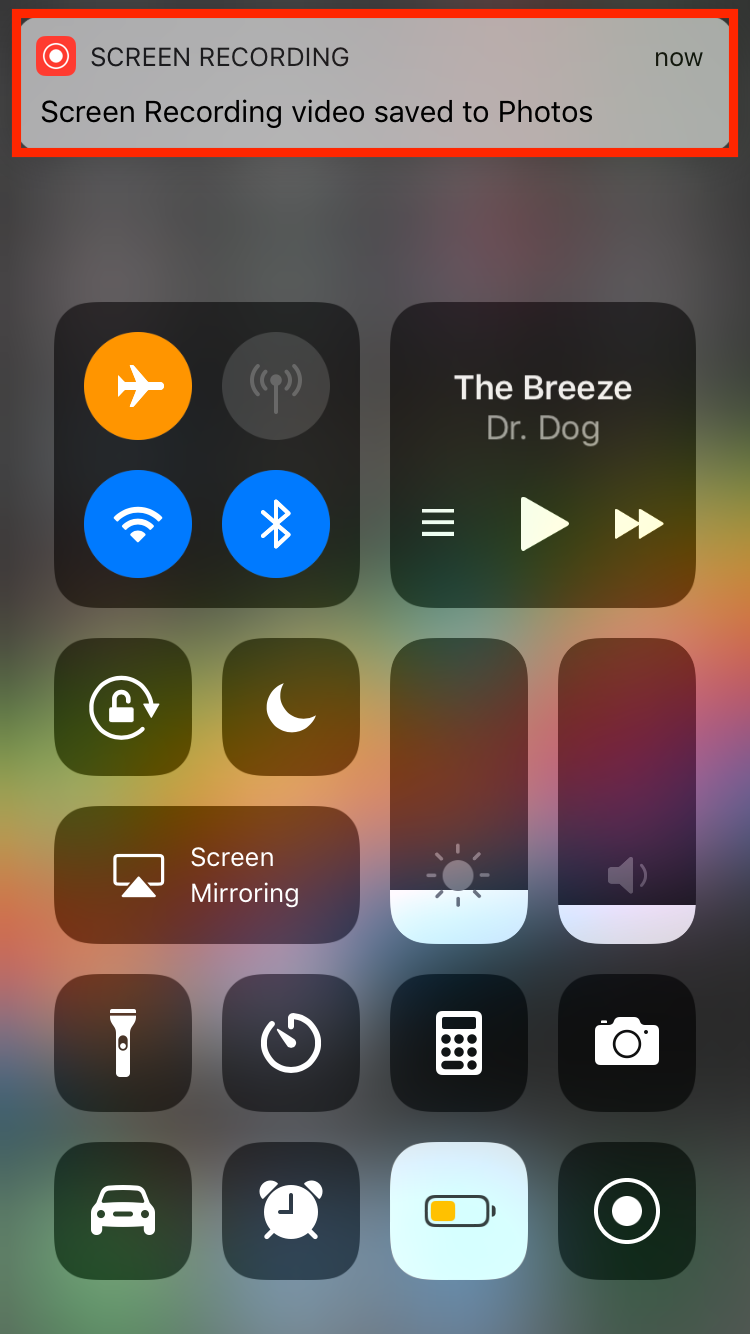 7. Open up your Photos app to see your screen recording. Tap the Edit bottom in the top right corner to trim the end of the video. 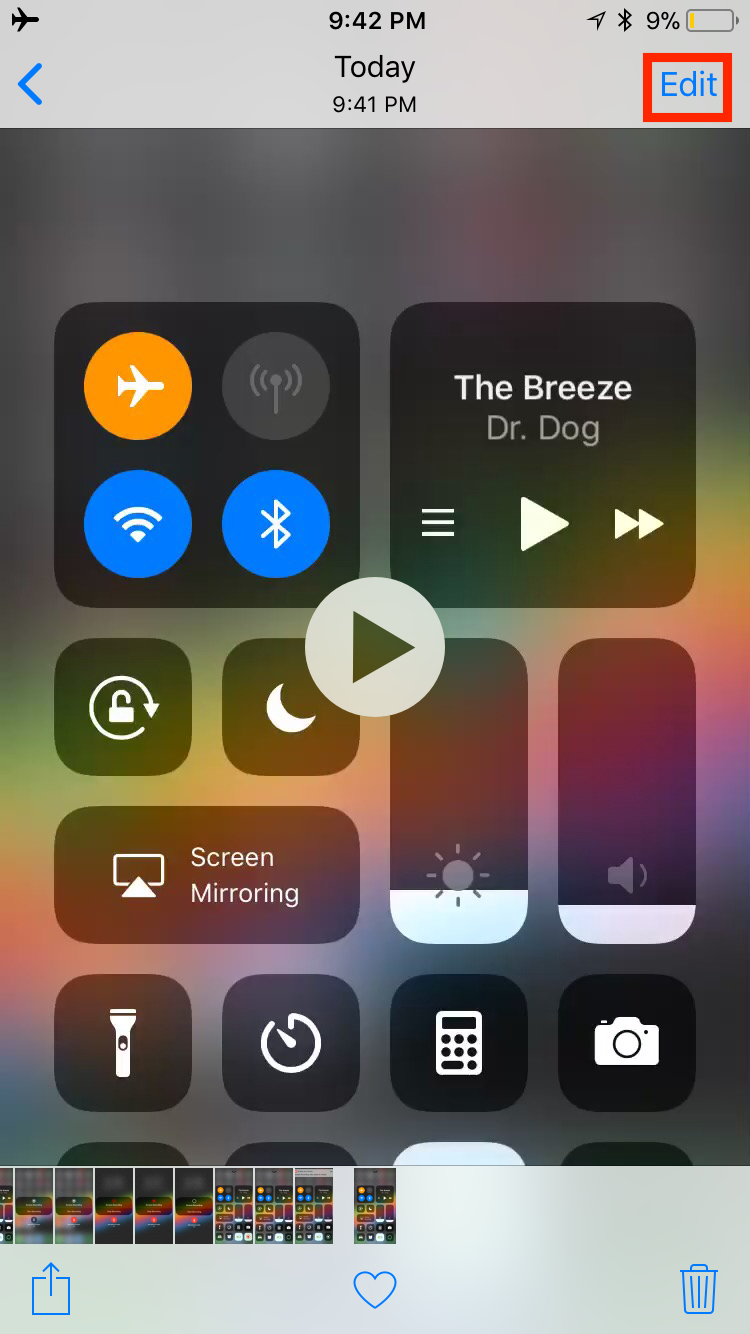 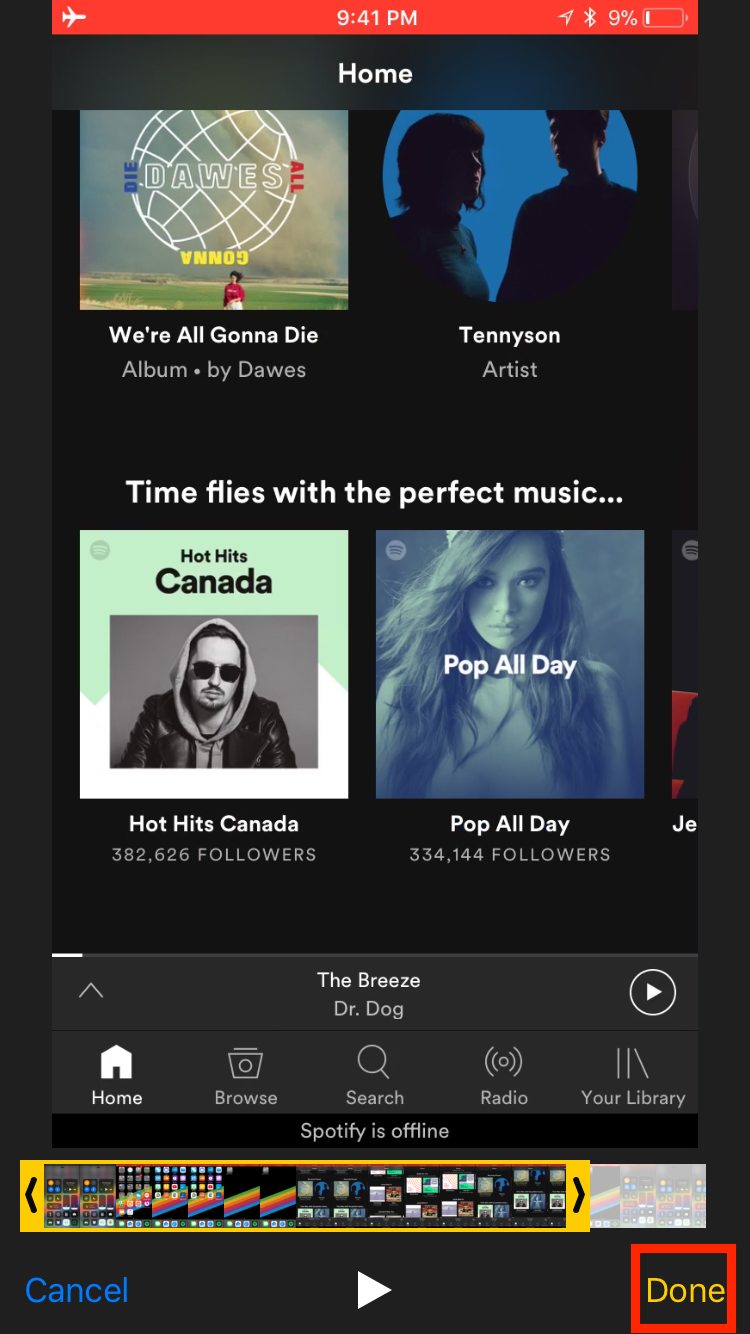 9. Tap Save as New Clip, to maintain the old recording and the new one, just in case you’ve made mistakes. You can always delete them later. 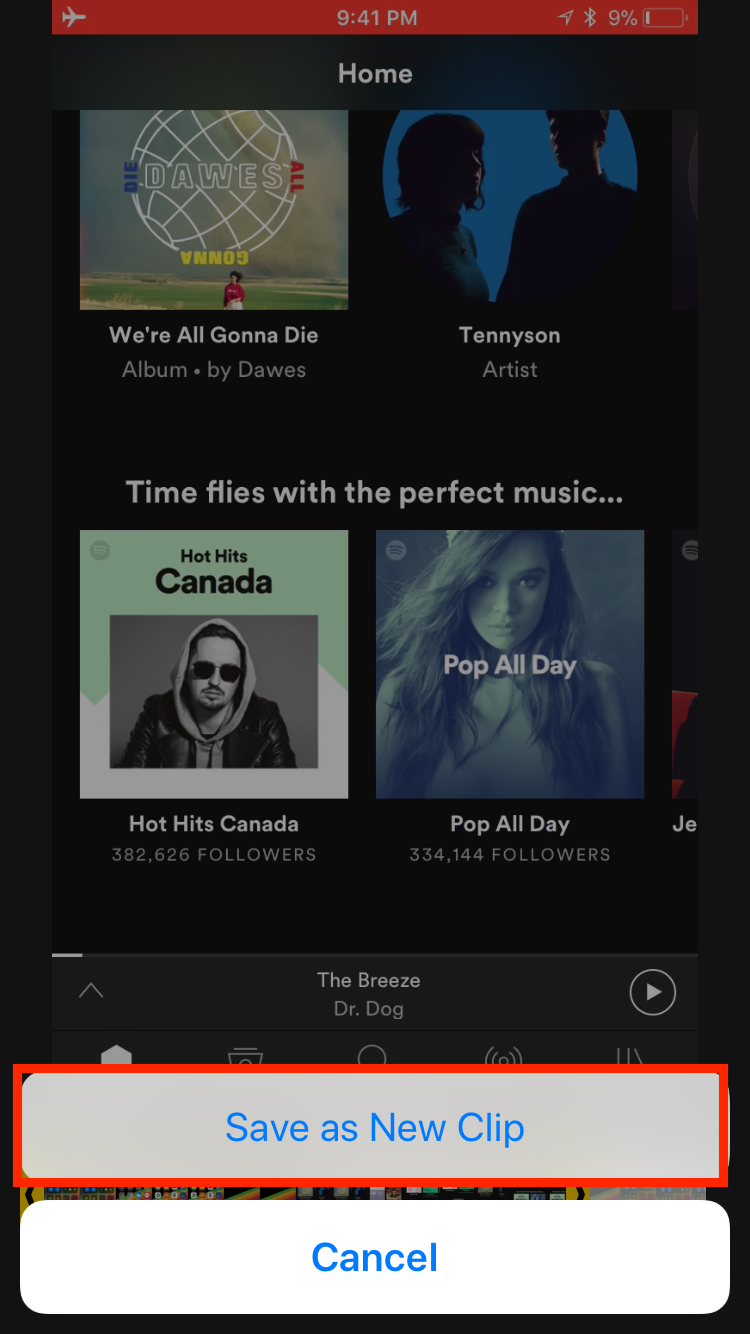 10. You can share the screen recording in the normal way, by tapping the Share button, and sharing via text, Mail, AirDrop, etc. 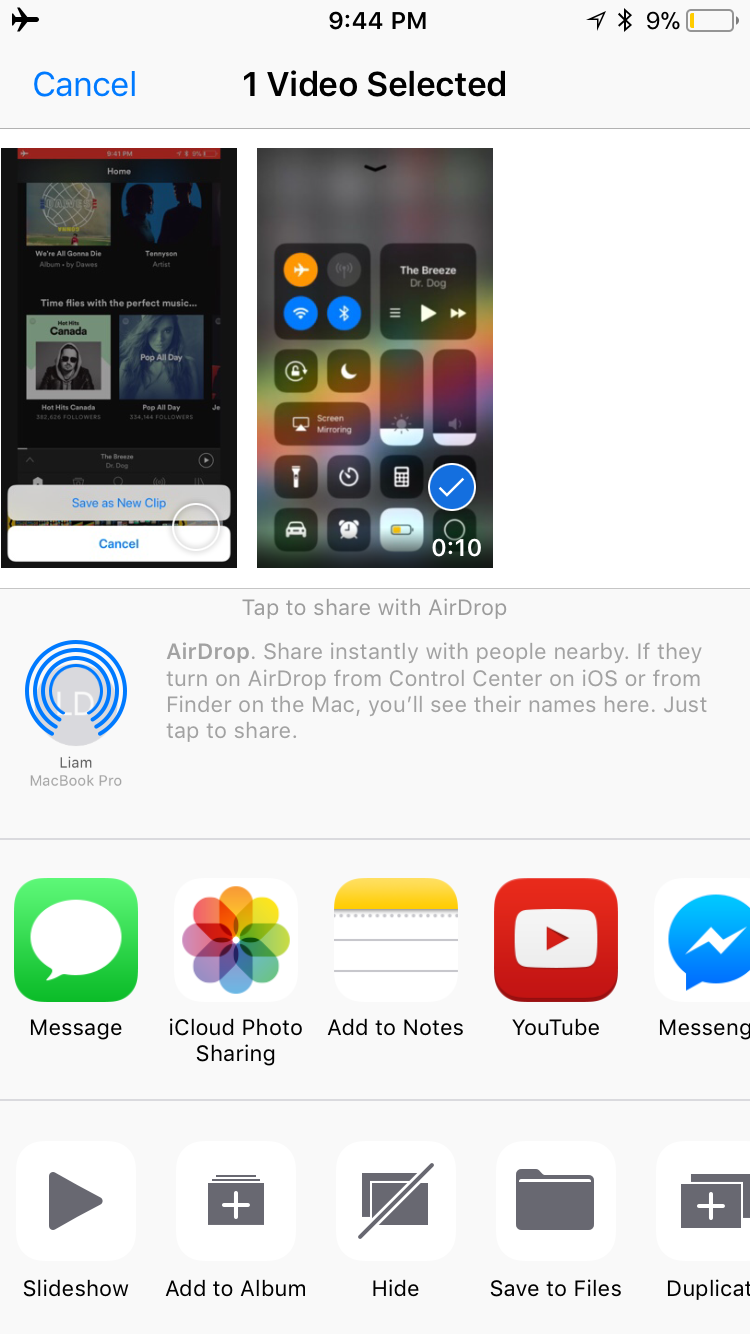 And that’s how to use the new screen recording feature. You can now send an easy tutorial to your technologically inept friends and impress them with your newfound prowess!

If you take a lot of screenshots (which we do) you will have noticed the change right away. Instead of just blinking white and making a camera shutter sound, a little preview will now pop up when you take a screenshot.

Here’s how to make the most of this new feature.

Taking the screenshot is no different than before. Press the Power button and the Home button at the same time, and you’ll take a screenshot. 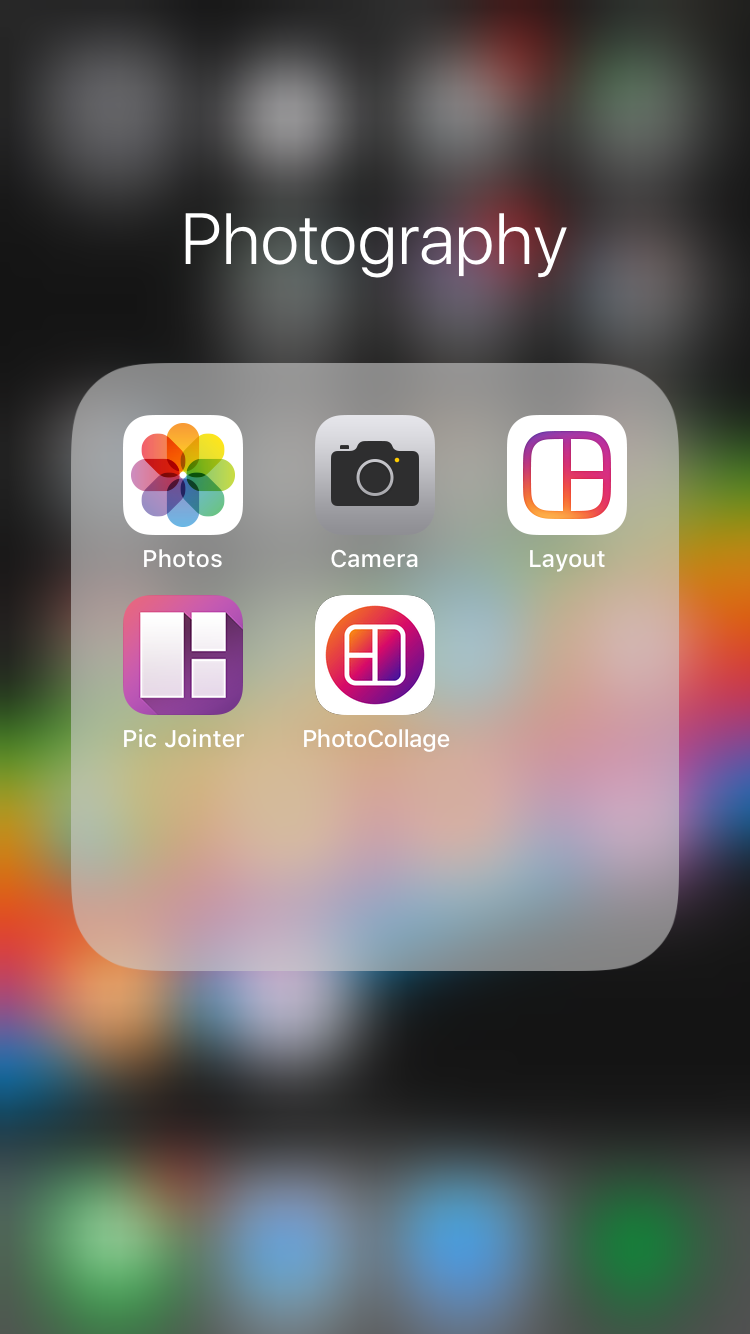 The difference is, that you take the screen shot, you’ll see a thumbnail preview in the bottom left of your screen. It sticks around for five seconds and then disappears. If you want it to disappear faster, just swipe it to the left.

When you tap on the screenshot preview in the bottom left, it will immediately bring up the markup window. 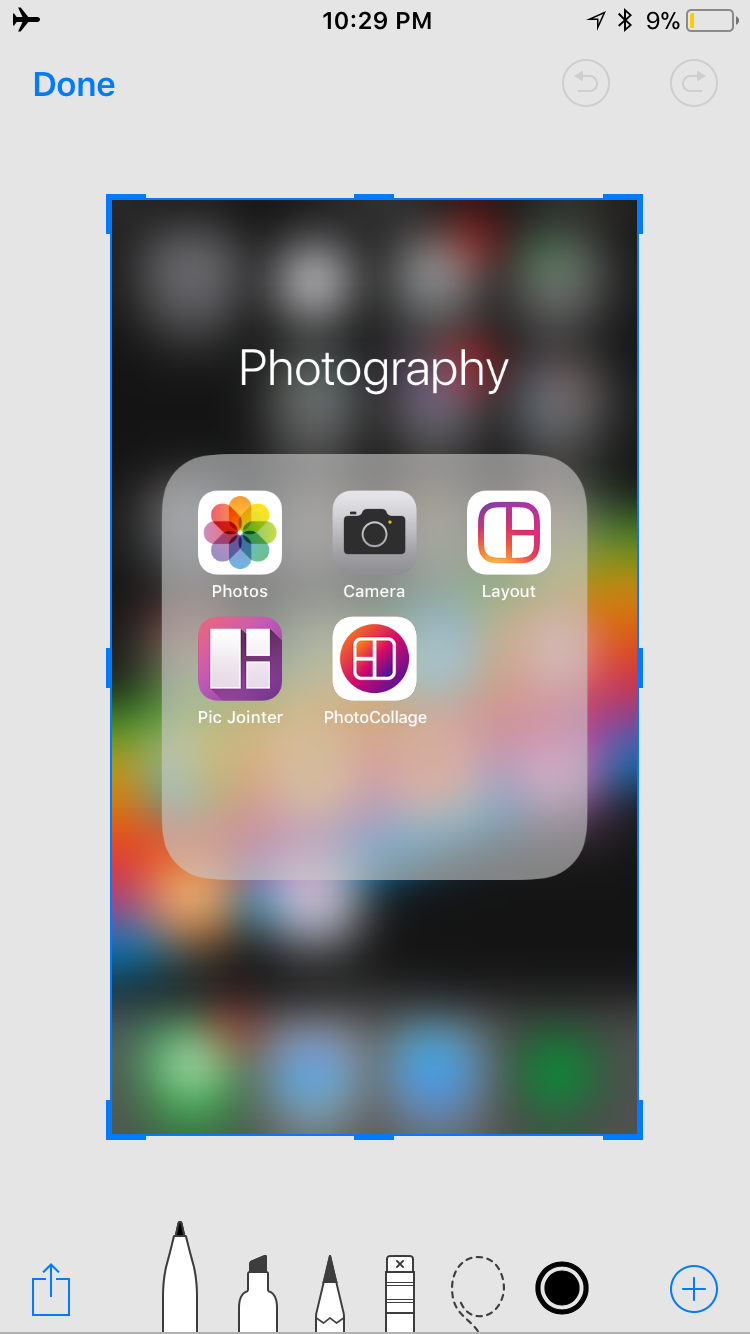 In the bottom, you have multiple options for marker types. Each creates a different looking stroke on the screenshot. The dot on the right will change the colour of the markup. 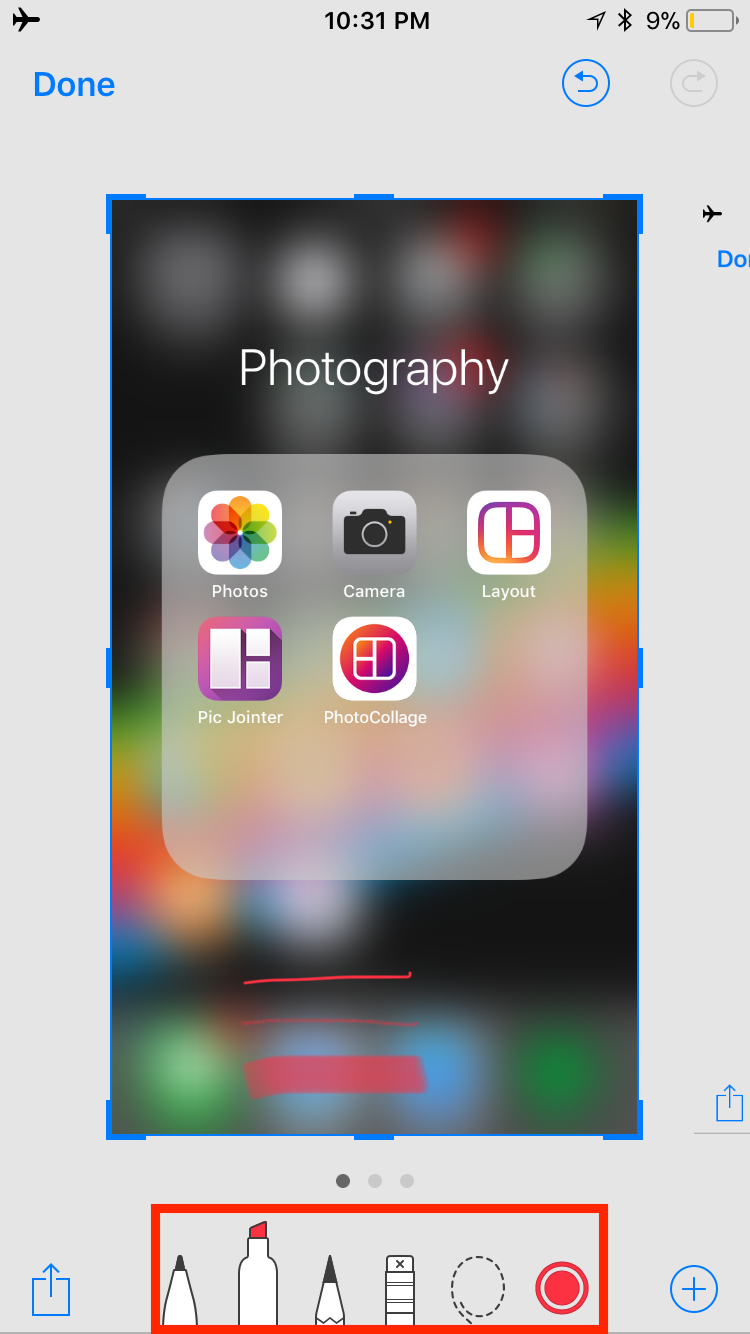 Tap on the lasso, and then circle something you want to move. Once it’s circled, you can tap and move it wherever you want it to go. 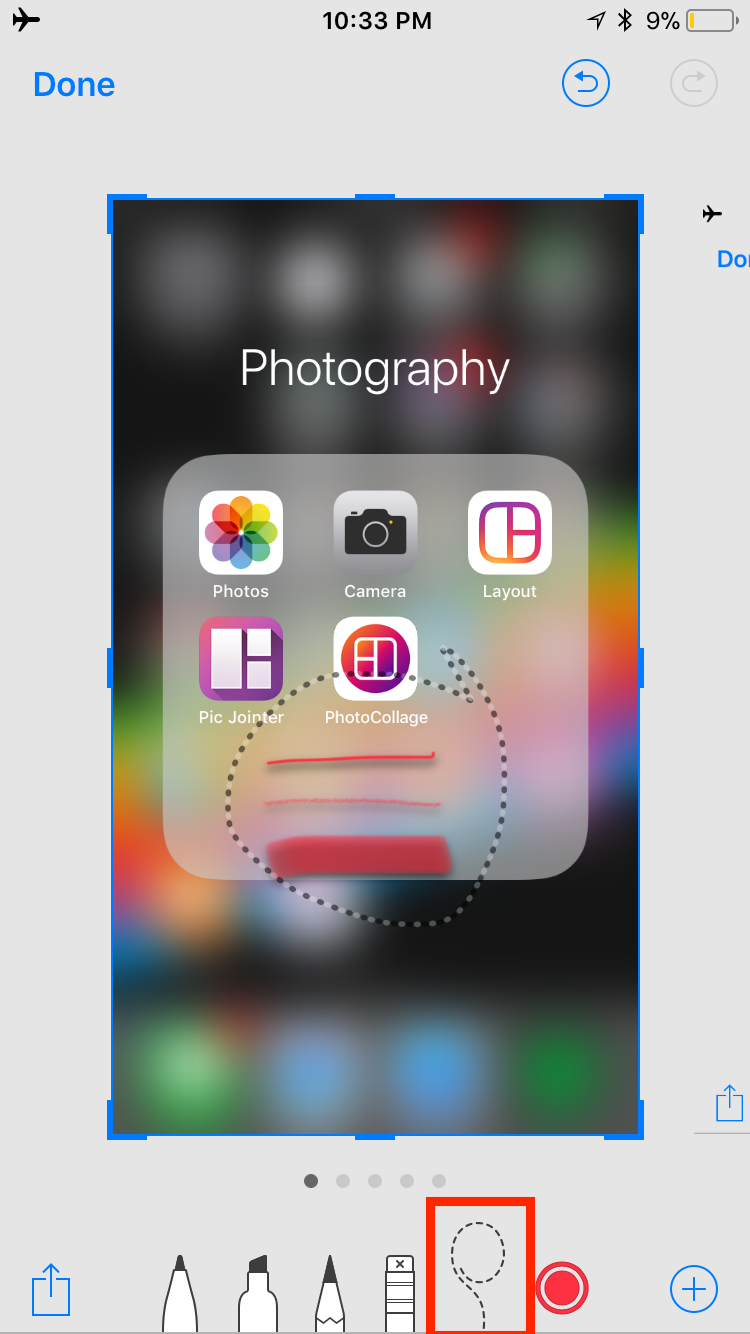 You can also tap the eraser and erase anything that you’ve done up until that point. 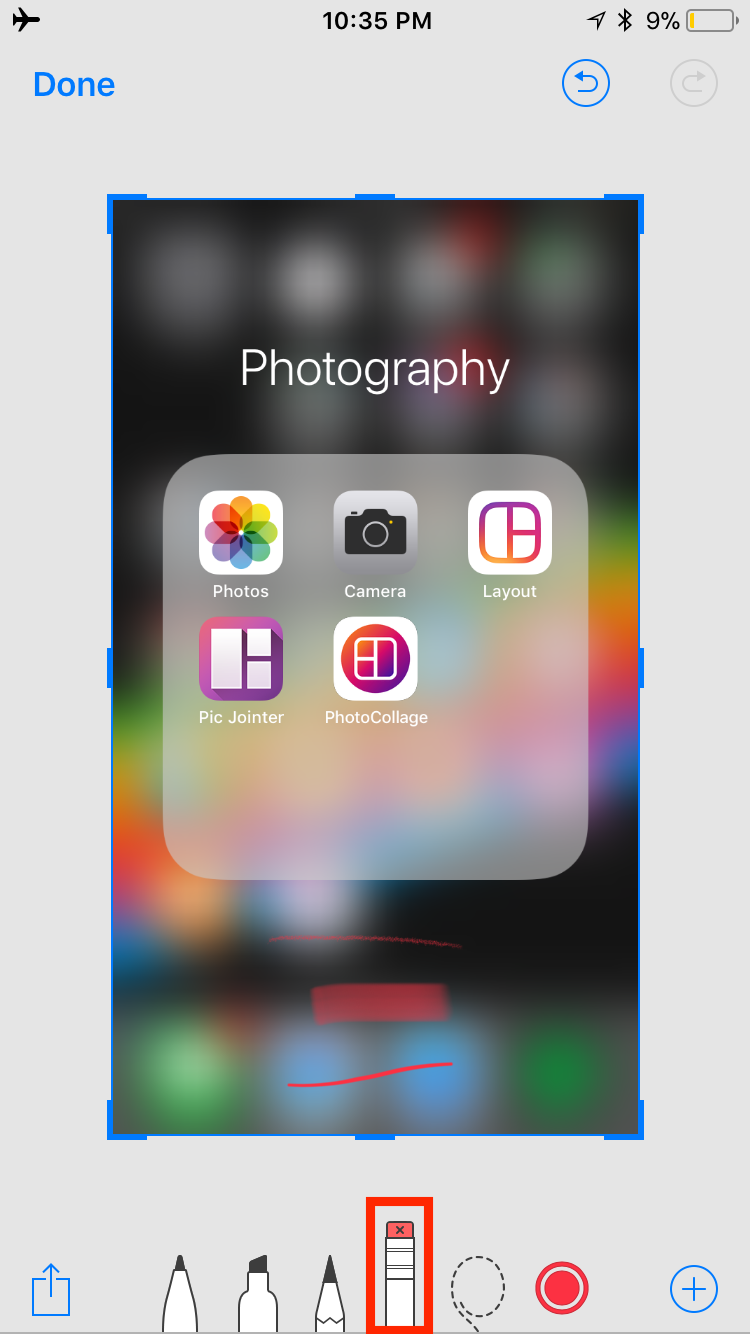 In the top right hand corner, you have an undo and a redo button. Tap either button to undo and redo any action. 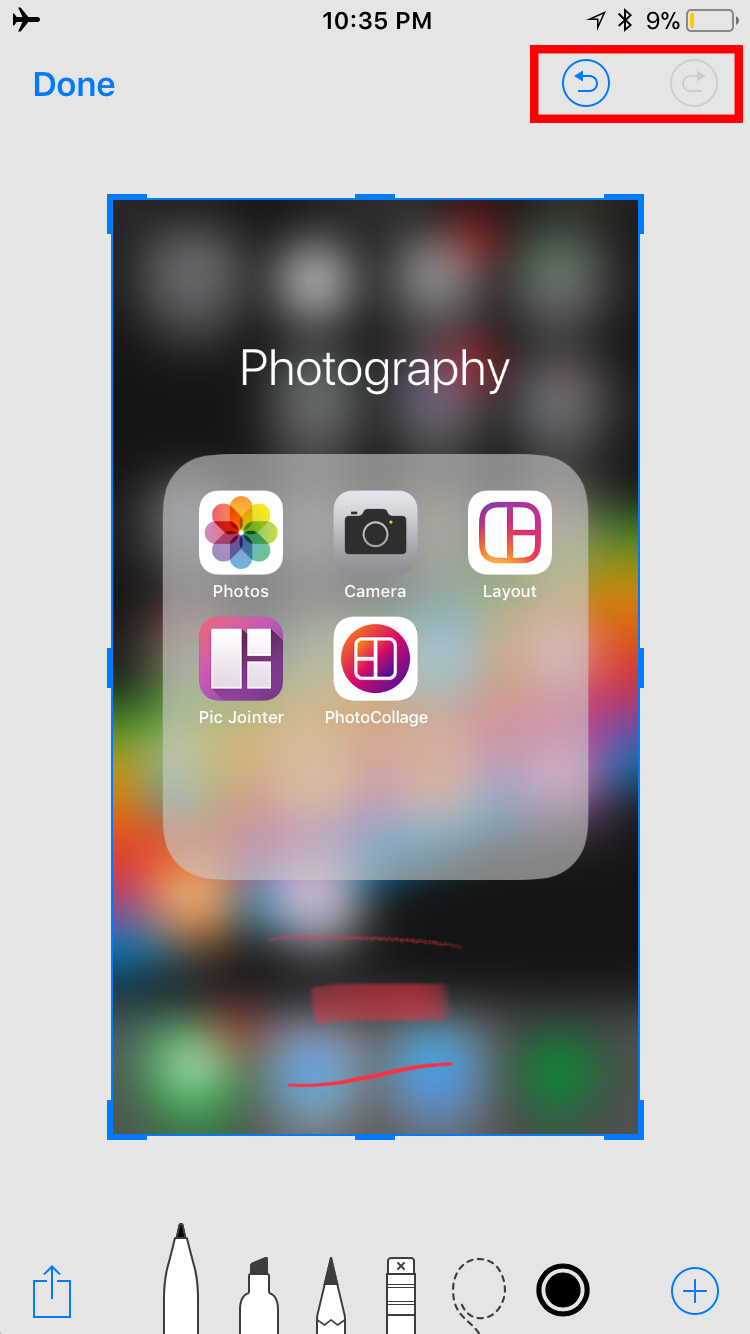 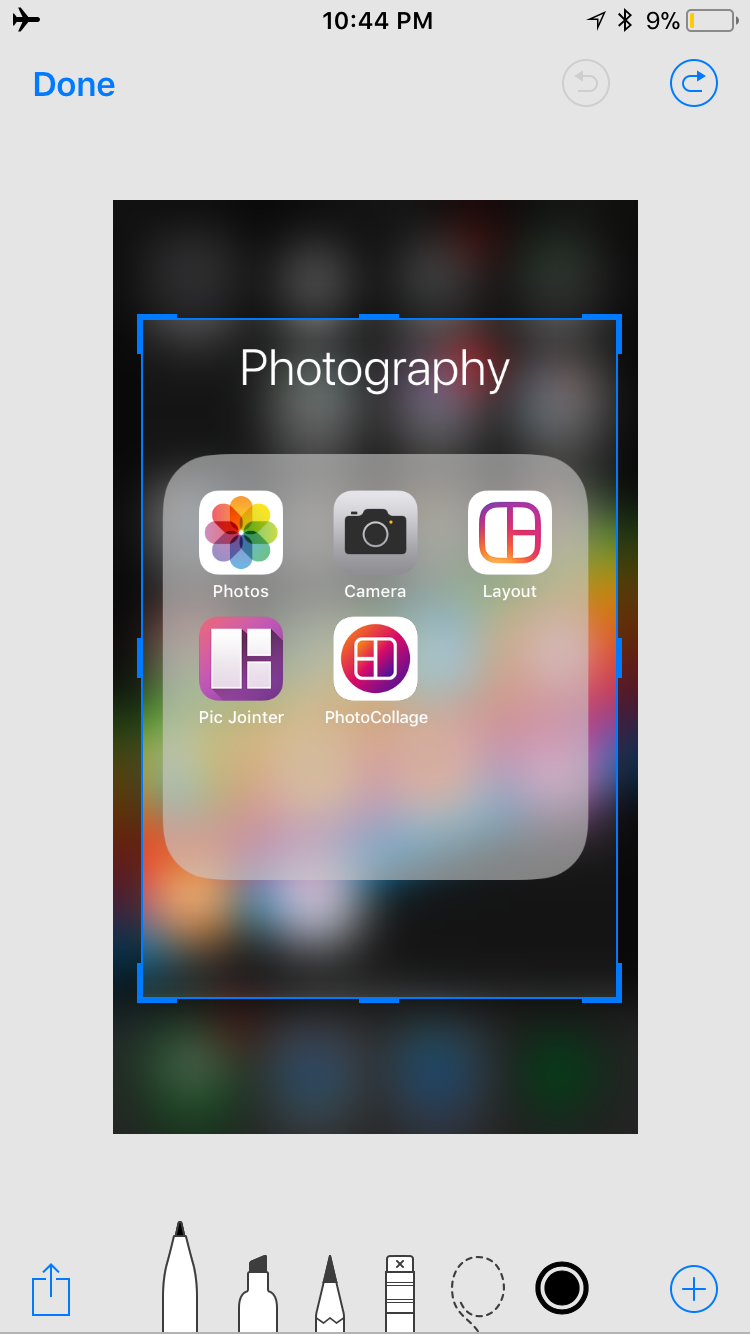 You can also add typed text instead of sloppy looking markup text. To do this, tap the ‘+’ button in the bottom right hand corner of the markup screen.

Then, simply move the textbox around, and type whatever you want to type. 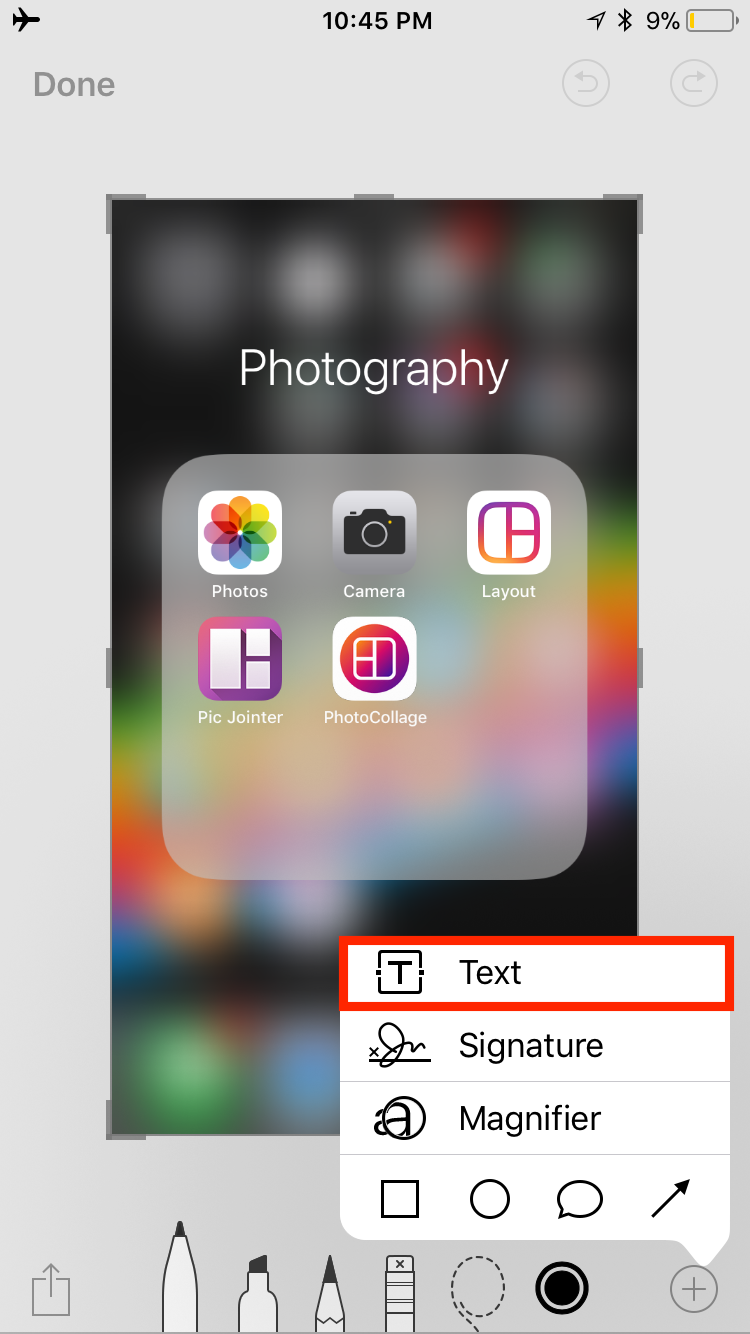 Beside the options to add text are a magnifier tool. The allows you to magnify a specific part of the screenshot. You can drag around the magnifying glass and make it bigger or smaller. 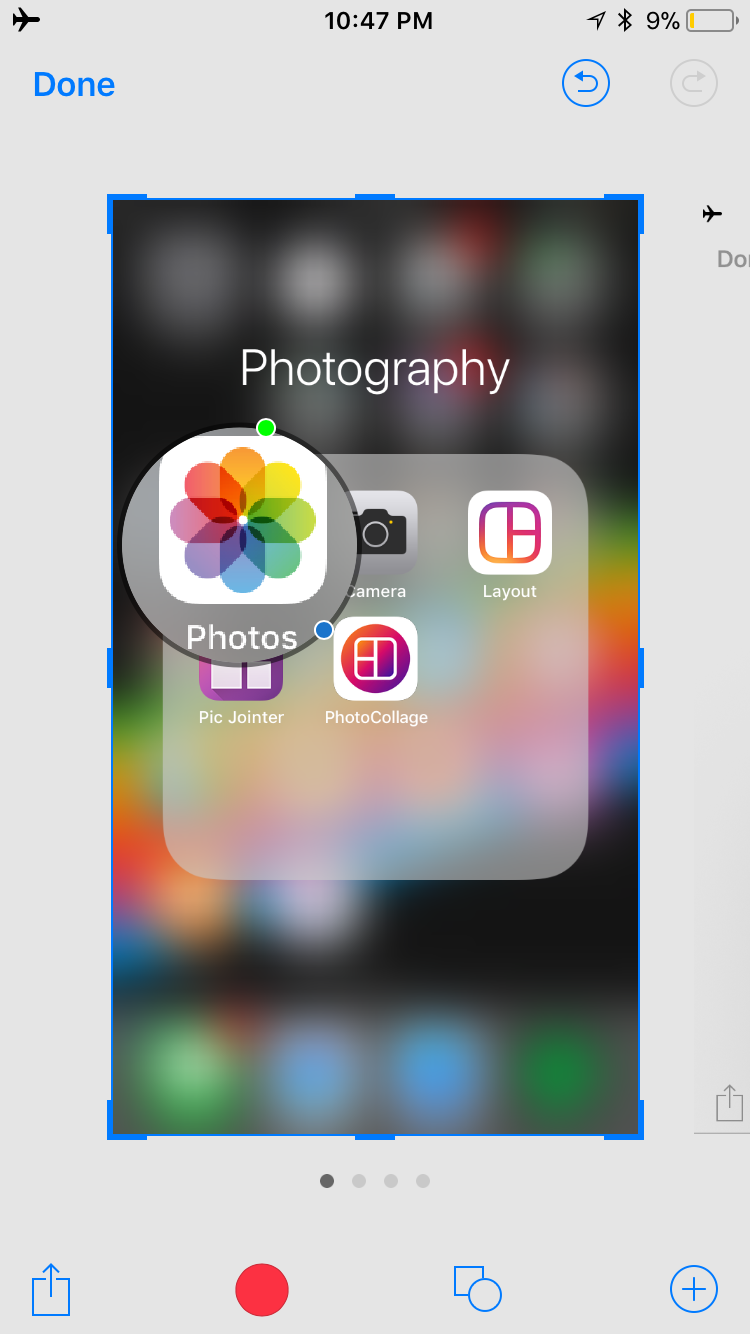 You can add a box, arrow, or line to the photo by tapping on one of those options. Like everything else, you can change the colour and the location of these images by dragging it around. 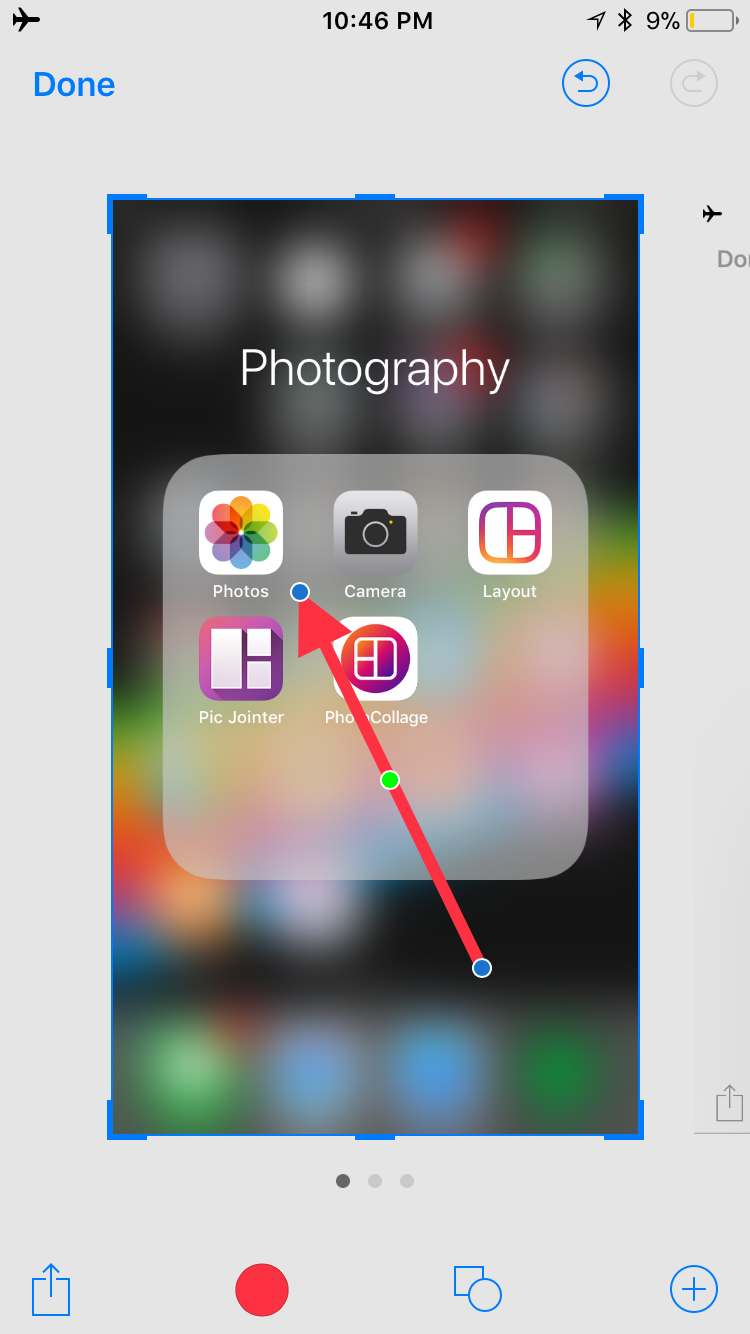 Finally, you can add a signature to a screenshot by tapping the Add Signature option. This will bring up any saved signature in your phone. You always have the option to add a new signature as well.

This is very useful for official documents. 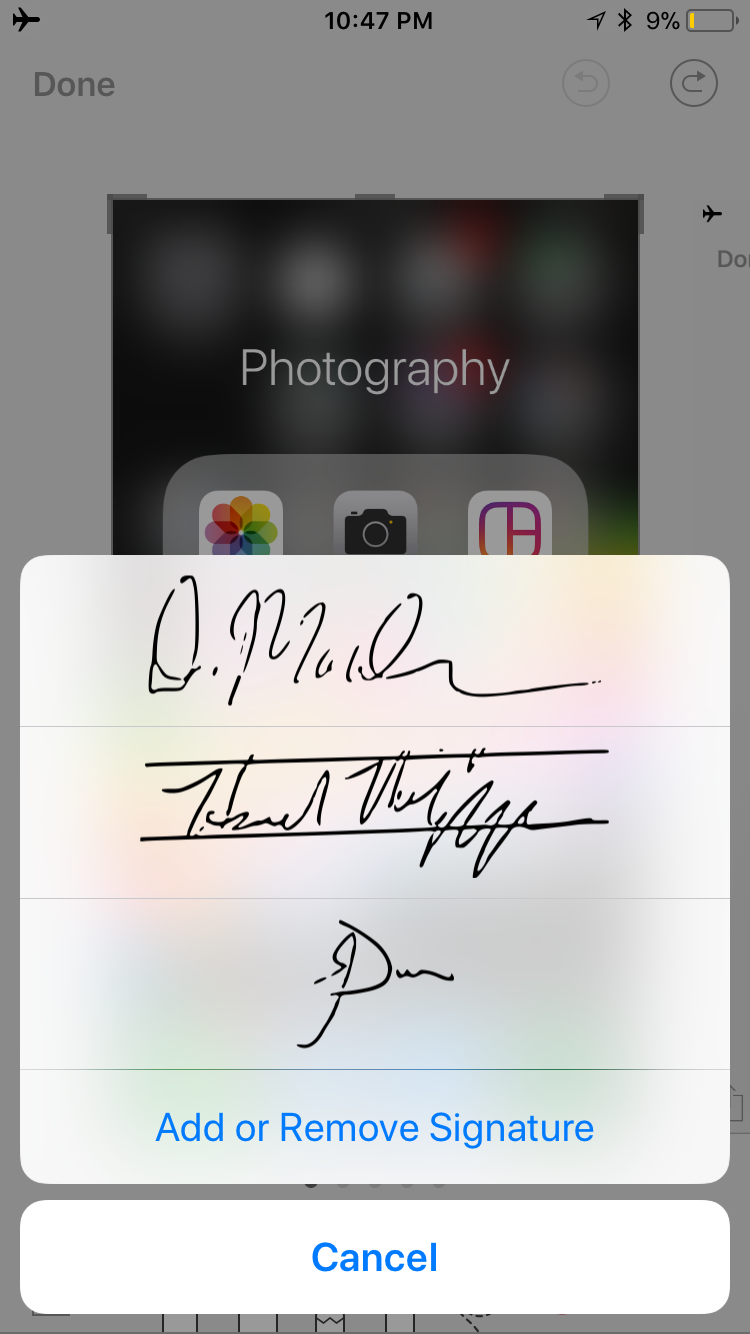 There are two ways to share your screenshots. First off, you can quickly and easily share the screenshot by simply tapping and holding the preview that appears in the bottom left hand corner.

This will bring up the share view, where you can choose how you want to share the screenshot. 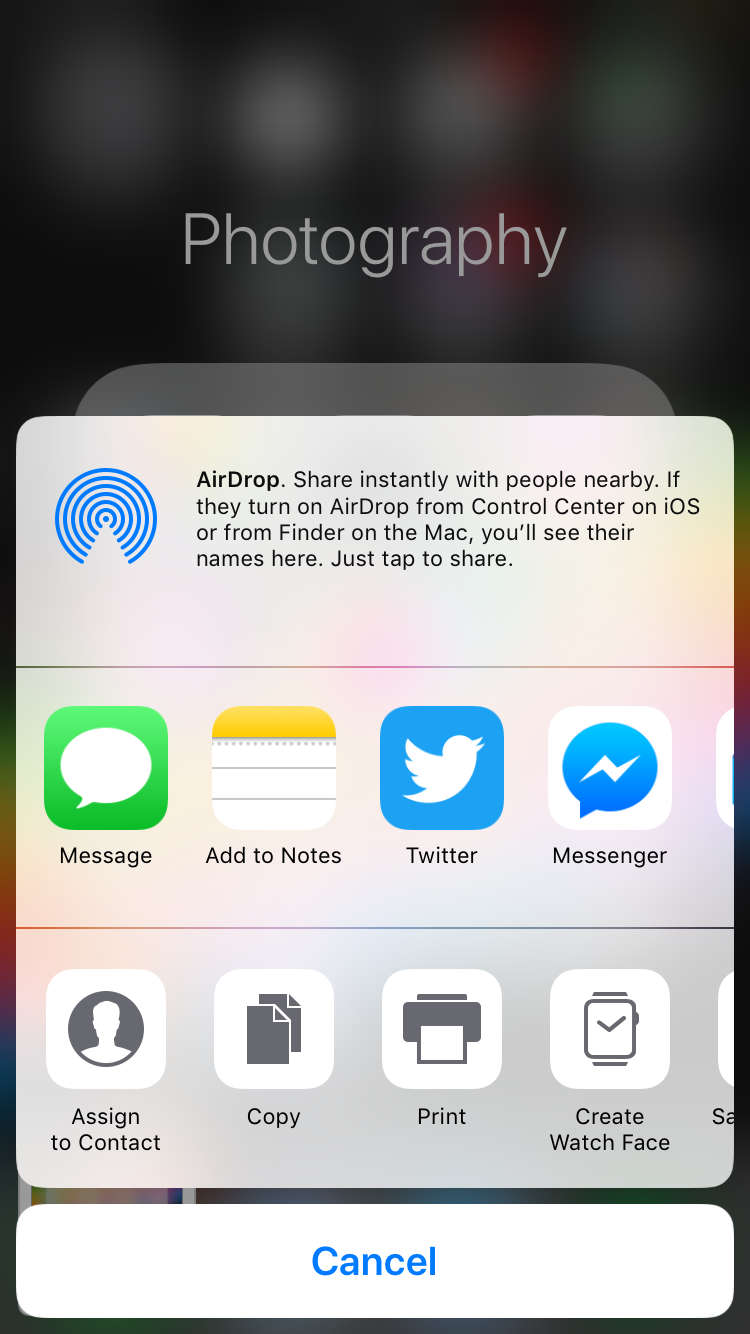 You can also share after you’ve edited the photo. Tap on the preview to bring it into editing mode, and then tap the Share button to send the photo to yourself or someone else.

If somebody calls you or your screen turns off in the middle of editing a screenshot, all you work will be saved to the Camera Roll, but you won’t be able to undo anything you’ve done. To avoid this, turn on Do Not Disturb while you are editing.

This article originally appeared in our monthly subscription newsletter, iExpertnews.

To find out more about iExpert news. As an iCloud Login reader you can have a trial at $1 for the first month then just $5 monthly instead of $9 monthly.