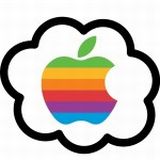 iCloud streaming spells the end of the music download

The introduction of Apple’s iCloud streaming service and its focus on music (as opposed to their competitor’s offering full data storage in ‘the cloud’) could well be the beginning of the end for the music download.

Something that we have only known for a few years, and which itself is still in the process of killing the CD, looks likely to become redundant.

I know that it’s supposition, since we don’t even know if Apple’s forthcoming cloud service will be called ‘iCloud’ – let alone exactly what it will consist of!

But, from the news that is leaking so far (that the major labels are on board and the patents that we’ll look at in the next post) we can assume that Apple will offer the iCloud streaming service alongside the iTunes download store. If you can access everything in the iTunes store for a monthly fee though – why would you download anything at all?

The inside word is that Apple have some trick buffering technology so that one of the weaknesses of other streaming services has been avoided. I know that I’m not going to be buying as much music as streaming becomes my normal method of consumption – being in the UK I’ve had Spotify for a while and use it……a lot!

Sure, not everyone uses iTunes, just like not everyone has yet abandoned the physical media of CD and vinyl – but with iCloud, Rdio, Spotify, Pandora and so on, streaming looks like it is very quickly going to become the dominant method of music consumption.

Below you’ll find a link to an article by a musician who looks at this issue from the point of view of working musicians who offer free downloads to entice potential fans onto an email mailing list.

He wonders what will happen to that practice when most music consumers don’t want to download anything since they have all that they want in the iCloud.

What does the iCloud streaming service mean for aspiring musicians?