We’ve all been there: taking a picture or video on your iPhone and having the dreaded “storage is full” message disrupt your photographic flow.

So you go into your photos and try to figure out which one of your memories to delete.

We’ve written at length about what to do when your iPhone storage is full and what to do when you run out of iCloud storage. But if you’re on the go or without internet/data connection, you’re left high and dry without an easy way to make room on your device.

However, we just came across this neat little iOS storage drive that comes with a lightning connector and is essentially designed to pull photos off your iPhone automatically and store them.

Any time. Anywhere. It is plain brilliant!

The SanDisk iXpand Flash Drive is a pretty handy piece of technology and we reviewed it below so that you can get the goods on this very handy lifesaver!

At 6cm long and just and 1.7cm wide this 2nd Generation of the SanDisk iXpand Drive is pretty much the standard thumb drive size. But this one is specifically made to be ‘plug and play’ for transferring data from your iPhone or iPad to another mobile phone or a desktop. It has a USB connector and a lightning connector in a well-built metal casing.

That’s not cheap but having a dedicated iPhone backup and storage drive on hand is worth a lot to some of us! And the fact they are designed to plug straight in and work seamlessly with iPhones (or iPads) and are easy to use clinches the deal for me. 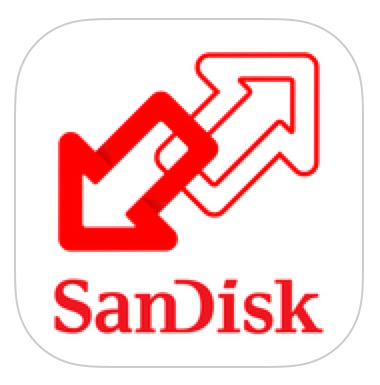 To use the iXpand you need the iXpand Sync app. As soon as you plug the drive in, it prompts you to download the app.

The app is quite easy to use, simply press the red button right in the middle of the app and select the photos and videos you want to pull off your iPhone.

Our favourite feature about this device was it’s ability to quickly and easily free up space on your iOS device. All you have to do is connect the iXpand to your iPhone and you can easily move photos, videos, and other files off your phone and onto the iXpand.

Not only can you do this manually, but you can also set the iXpand mobile app to automatically back up all your photos and videos anytime you connect the drive. That way you can delete as many photos as you need, knowing that they are safely stored on the iXpand.

Thankfully, the app knows not to overwrite files that are already on the drive, meaning the process is fairly quick – you don’t have to process every single photo every time.

Take a quick look at this video from SanDisk that shows what the drive can do:

Not Just for Photos!

The other feature that we love about this drive is the ability to play music and videos from the drive (while it’s plugged in) without having to store the music/video on your phone. The benefit is twofold: it saves a ton of space on your phone, and you can play the music/video anywhere – even if you don’t have internet!

Note that you cannot pull music off of your iPhone and onto this device. It only has access to the Camera Roll, and thus can only pull picture and videos off your iPhone – which is it’s primary use. You can however listen to music that is stored on the iXpand.

The drive is also super practical. You can store and play WMV, AVI, MKV, MP4 and MOV files from it.

Normally, you wouldn’t be able to play MKV and AVI files on an iPhone, but because it’s stored on the drive, they work just fine.

Beyond storing media, the drive can store pretty much every file type imaginable. That means if you have hefty pdf files or word docs, they could live on the drive. If you ever needed them, you can plug in your iXpand, view them, and never have it stored on your phone.

Sandisk claims that the iXpand can still plug in to your iPhone even with almost every iPhone case fitted, and this seems to be true. However, it’s possible that with a very heavy duty case the connecting lightning cable wouldn’t quite fit. That said, if you can plug in your regular charging cable with your case on you’re almost certain to be able to plug the iXpand Drive in.

You can also drop anything you put on your iXpand onto your Mac, because the Drive comes with a USB connection as well.

Finally, you have the ability to securely encrypt your files on the iXpand. An individual or business with security in mind would be grateful for the ability to create passwords for files, and then encrypt them further using two-factor authentication.

What are people saying about the iXpand? 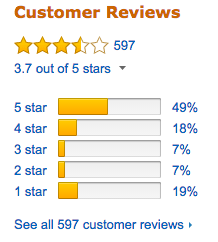 However, while we were reading these reviews a few minor flaws became obvious.

Basically, the iXpand can be quite slow. For the price, you would expect it to upload and offload files very quickly, but for some users it seems to run quite slow. One user claimed it took 27 minutes to download 246 photos and 3 videos from his iPhone to his iXpand.

Another user noted that playing music off the iXpand resulted in a fairly significant battery drain. SanDisk customer support commented on this issue saying that a new update had improved the issue, and that you could plug the iXpand’s USB outlet into a wall charger and use the iPhone, iXpand and charge it all at the same time.

It also seems you cannot transfer files larger than 4GBs onto the iXpand. According to Sandisk, this limitation is due to restrictions placed on them by Apple – not the product itself.

These seem to be the principal complaints about the iXpand, and most of the others were about the somewhat clunky design, but, note that these were in relation to the first generation of this device, not the new 2nd generation version that we’re talking about here.

This latest 2nd generation version looks slick and is clearly a lot faster than the original.

So it seems that pretty much all of these niggles have been resolved in Sandisk’s latest edition of the iXpand which was just released 2 months ago.

Bear in mind that most of the reviews were positive, despite the aforementioned drawbacks.

People really seemed to like the fact the these drive have tons of space for heavy iPhone users, people found it really useful when they were traveling to places without data, as they could not easily back up their device.

The convenience was huge for many customers, as well as the fact they could password protect any personal or business files.

Overall, our review of this product is more than favourable, and it is doubly so since this latest version of the product has solved many of the flaws of the previous version. 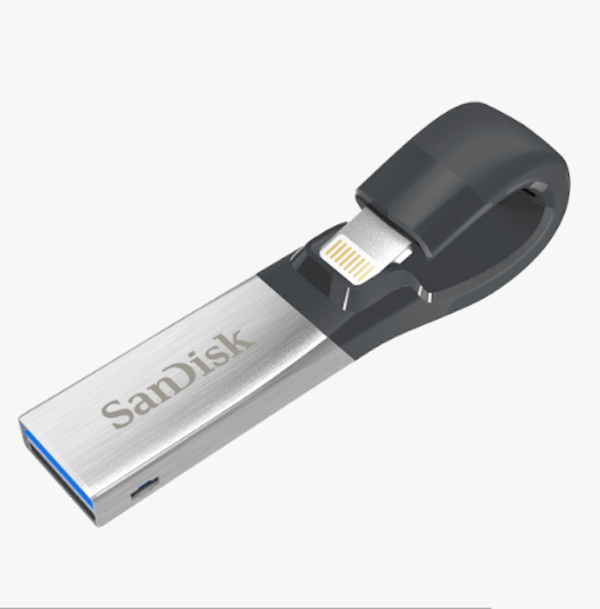 The app has also been completely redone with this 2nd generation drive – whereas the app was functional, but very spartan in aesthetic, the new app fits in nicely with the overall iOS design.

The best thing about the newest iXpand is the upgraded download speed. It now offers much fast USB 3.0 connection than the previous version, and the speed of the download directly from the iPhone has been improved as well.

A few extra feature have been added as well; you can now auto-backup contacts and photos from social media accounts. By connecting the app to your Facebook, Instagram, or Picasa account, you can back up memories stored on the web!

They’ve also cleaned up many of the little bugs and glitches that could happen when playing media directly off the device.

We love this product. Of course there are small things to improve, but the functionality and convenience of this little drive trump any of the issues that Sandisk is working out.

While it may seem expensive, it seem to be priced at around the same point as it’s few competitors. There isn’t really another option that can claim to be “way better” than this Sandisk drive, so we’ll stand by our recommendation of this product.

To put it bluntly, if you have a stoirage issue on your iPhone or iPad this is the quickest, easiest and safest way to resolve it.

That’s why I bought one when I found out about it!

iPhone Photography Tip – The One Thing You Should Know!