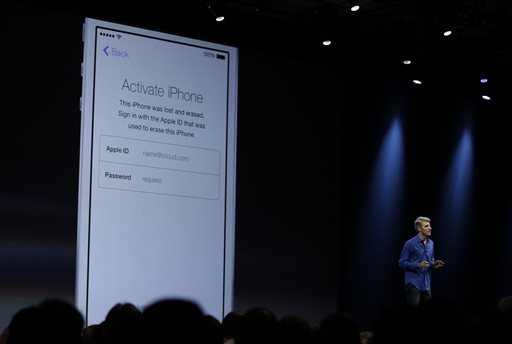 Smartphone theft is an ever increasing problem. This is why Apple has joined a commitment (backed also by Google, Microsoft, HTC, Motorola, Nokia and Samsung and the five largest US carriers) pledging that devices going on sale after July 2015 will be able to remotely wipe data, rendering them useless to a thief. Reactivation will only be possible with the owner’s permission, and stolen devices can be restored if recovered.

Smart phone anti-theft features are big business in the prevention of theft, and as a result, Apple introduced the ‘Activation Lock’ requiring an Apple ID and password to reactivate a stolen device even after being remotely wiped by the owner using ‘Find My iPhone’.

Today’s pledge agreement states that all parties will use the same exact system type on new phones.

According to a survey in Cult of Mac in December last year, 78% of iPhones are protected using the Activation Lock.

Similar to Find My iPhone, the anti theft devices will use four distinct features.

-Ability to restore the original content upon recovery of the phone

So looking at these points, we can see Apple is already in compliance with the agreement.

California state Senator Mark Leno has proposed a mandatory kill-switch law and said of the agreement “While I am encouraged by the incremental progress, the wireless industry must commit to the whole solution, not just a piece of it, to protect their customers and make our streets safer” .