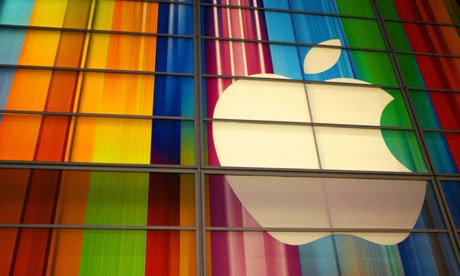 Apple, being one of the most secretive companies in the world, has, not unsurprisingly cracked down hard on security leaks.

Here at iCloud Login, as you probably know, we are quite partial to the odd Apple leak, because it gives us the juicy gossip on what we’re excited to expect from the company next! But those days may well be a thing of the past…the good ol’ days…the glory days as Apple has just hired a 200-strong Chinese task force of security to crack down on leaks.

As we detailed in our Touch ID for Everyone article earlier this week, renowned insider Ming-Chi Kuo outed loads of information on the new iPhone 6. We’ve seen lots of leaks from Sonny Dickson who has published numerous pictures of unreleased iPhone and iPad models last year. According to his Twitter account: “Apple had asked Chinese authorities to catch those who are trying to leak i6…There are about 200 security officers trying to catch those who dare to sell i6 accessories.”

Once the most secretive tech company in the world, Apple has found itself at the other end of the spectrum, with one of the most extensively leaked devices in the world. But Apple has once and for all had enough and has reportedly hired the crack team to put a stop to information making it out to the media and technology blogs (like this one). Sonny Dickson claims that Apple has approached Chinese governing bodies to catch people selling accessories (including schematics and cases) to anyone in the media.

The supply chain in any major technology company is so large that most of them have to take fairly severe measures to stop their secrets from getting out before they are ready to push the marketing forward, and HTC seem to be in the same boat, so could this see the end of exciting leaked new designs from the Technology giant?