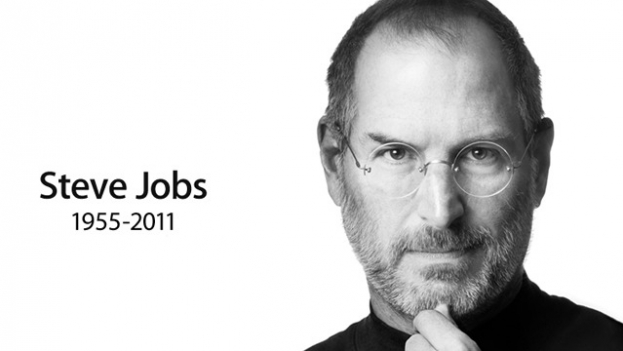 He’s been called a “billion dollar hippy”, “tyrant”, “genius”, and several portrayals exist throughout the world on the man behind Apple.

The latest version of his life story, though, has been garnering rave reviews and a lot of love from the ‘Apple community’ so we thought we’d better check it out.

‘Becoming Steve Jobs: The Evolution of a Reckless Upstart into a Visionary Leader’ is actually a pretty awesome book, described by the press as a complete rehabilitation of his image. If you’re interested in anything Apple, we’d highly recommend you have a read of it. This book gives a wonderfully human depiction of the man behind the world’s largest company – a man often cited as the world’s best innovator, an egomaniac and an unparalleled leader.

In contrast with the Isaacson Steve Jobs Book (available on Audio CD here), which was based on over 40 interviews with Steve Jobs and countless others with friends, family and colleagues, this book shows a lot of different sides to the personality of Steve Jobs.

The key difference for me is that you can tell that Isaacson wasn’t really a fan of Apple, Jobs or even the tech world. Schlender and Tetzeli on the other hand are clearly fans of Jobs and the company so it feels like they have managed to get the story of his life across from that viewpoint. Basically, if you’re an Apple fan, this is the biography you want to read as it will align with your view of the company and the man!

They’re both excellent books, but if you want to find out what we thought of ‘Becoming Steve Jobs’, check out our review below.

You can pick up a copy yourself by following the link below.

‘Becoming Steve Jobs: The Evolution of a Reckless Upstart into a Visionary Leader‘

The book gives a great and in-depth look at the man behind Apple, where he grew up, how he struggled with money worries, how bad he was with people, a fact which led him to be booted out of his own company. It covers how he struggled with his illness. How he approached challenges. It’s inspiring, but more than that – it’s really interesting. It covers so many details that were previously unknown.

Yeah, Steve Jobs was a bit of a dictator in his early years. A visionary, who brushed people up the wrong way. He had an exact idea of how he wanted things done – which kind of made him a control freak and a nightmare to work with, but he did learn and grow over the years, and what I loved about this book was the way that picture of him unfolded.

If you’re looking for inspiration, for something to pick you up and tell you that you do not have to follow the standard path through life, that you don’t need to be rich to succeed, that you don’t have to work in a mundane job your whole life, then this is it. But Steve Jobs, love him or hate him, was dedicated to his cause. He worked damn hard to get where he got, and underneath his bold, unwieldy exterior, he was vulnerable too.

“Smart, accurate, informative, insightful and at times, utterly heartbreaking….Becoming Steve Jobs is going to be an essential reference for decades to come.”

“Becoming Steve Jobs is fantastic. After working with Steve for over 25 years, I feel this book captures with great insight the growth and complexity of a truly extraordinary person. I hope that it will be recognized as the definitive history.”
–Ed Catmull, president, Disney Animation and Pixar

“[Jobs] was not the same man in his prime that he had been at the beginning of his career. The callow, impetuous, arrogant youth who co-founded Apple was very different from the mature and thoughtful man who returned to his struggling creation and turned it into a company that made breathtaking products while becoming the dominant technology company of our time.”
–Joe Nocera, The New York Times

On the off chance you haven’t seen the first Steve Jobs movie (there’s another one coming next year with Michael Fasbender in the role), we’d also highly recommend it. You get a chance to picture life from his perspective. Yes it’s a little like the Facebook movie, but it does cover a lot of the most interesting parts of his life as the brains behind Apple. You can rent or buy it from Amazon here.

Ashton Kutcher does a really great job of portraying Jobs. You can actually believe it’s him.

For more information on the history of Steve Jobs, on his big ideas on how to change everything, debating his genius, his ideas, and his clarity, another incredible place to look is the Discovery Channel Film on Steve Jobs, ‘iGenius – How Steve Jobs Changed the World’.