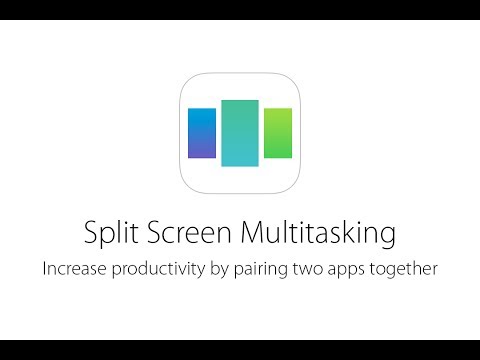 Something we have long awaited may finally come into existence; a split screen on the iPad!

There are many times I wish I could run two apps alongside each other, and the rumoured split screen feature in iOS 8 for the iPad will make this a possibility, with the ability for them to be interacting at the same time!

As the most popular tablet in the world, the iPad has suffered a lot of negative press due to its inability to run multiple apps simultaneously. This is evidently something Apple has taken on board and worked to remedy, as the new version is expected to enable users to utilise split screen mode to drag content from one app to another, enabling apps to share data (some of which is already possible through programmes such as Argus, Heart Rate and other fitness apps for the iPhone), but this will really open the door for much more synchronised lifestyle apps, allowing third party app designers to share data with each other. The ability to share data between apps is expected to be of particular interest when writing and preparing presentations and reports, and other iWork tasks as well as for various life tracking apps to improve personal performance.

The time saving benefits of multi tasking with apps is something we’re very excited about,  in fact, we can’t have it soon enough!

While Apple is still holding off on announcing iOS 8 features, we’re expecting to hear more about it at the Worldwide Developer Conference in three weeks time, though we don’t expect to see any of them becoming available before September 2014.

Other features we’re expecting to see with the launch of iOS 8 is the Healthbook feature, bringing Apple’s first voyage into the world of health and fitness. 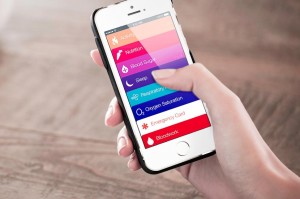