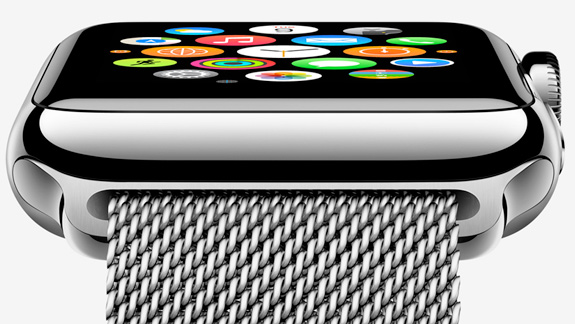 As regular readers will know, I am a very excitable, somewhat girly Apple geek, so when I discovered I was getting to try the Apple watch before the entire iCloud Login office (of 3), let me tell you I was pretty pumped. I mean, it’s the first new product they’ve released since Steve Jobs! Colin and Will have been pretending they aren’t bothered, but every time I get up someone asks “Did the watch just tell you to move?” with the enthusiasm of a puppy.

So despite my excitement, I am also aware that I am not usually one of the “early adopters”.  I tend to wait a while until all the bugs are ironed out before I purchase a new product. Well at least I used to be.

I have recently jumped on the bandwagon with the new iPhone 6 as soon as it was released and the gorgeous MacBook Gold, which I love. So maybe I’m a convert.

That said, while I am excited to see where this will take human beings, I have struggled a little with getting the hang of the Apple Watch. I’m not sure if I was the same with my first iPhone – I probably just forgot that it took a while to get to know how everything worked.

Check out my users diary below for all my thoughts and feedback on being the real live owner of a Pink Apple Watch Sport (38mm). 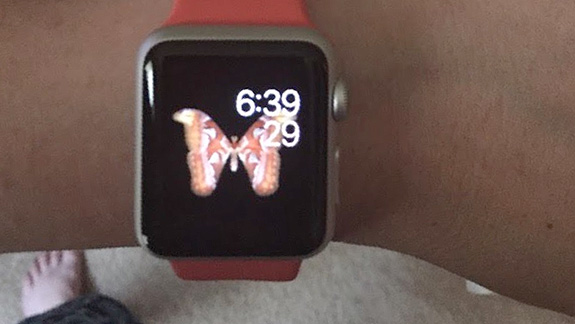 I ordered the Apple Watch Sport, because I am a bit of a health tracking nerd (as well as being a gadget geek). And I love bright colors. It was shiny and pretty and incredibly powerful. All things I love. But I did get a little bit of a fingerprint complex when my greasy prints ruined the look.

As with all new Apple products, the attractive packaging usually gets me a bit over excited. For the Apple Watch, not so much.

It looked like any Apple product but merged with a watch box. Basically exactly as I expected it to look, no hidden surprises.

My first feeling when I put it on was that it felt really chunky. It’s probably no chunkier than your average sports watch, but it certainly didn’t feel sleek or particularly feminine.

It is however really comfortable to wear, and the strap feels very smooth, and I do like smooth things.

Some of my initial criticisms might be more about getting used to wearing a watch again after 15 years.

My first hurdle was getting used to how it works. I ordered it on pre-order online, so had no chance to try it out in the shop first. So I spent a good couple of hours playing about with different techniques.

First, raising the watch to tell the time seems incredibly over-the-top. In case you are wondering what I mean, the watch face is not always on. It turns on when you raise your wrist to tell the time. If you do it correctly.

This proved an amusing experiment. It responds to how I would imagine a high powered business person would check the time – you know the type of person – who does it deliberately in order to let you know you’re wasting their time, or that they have to go. It raised several questions. Things I had not previously considered. Do all high powered business people have specially tailored sleeves? Does the flick of the wrist technique include having to hike up your suit sleeves? I think it actually helps.

So my tip to any Apple Watch newbies is to think high-powered business person, deliberately flicking the watch up to their face to tell the time – and from there it’s easy.

My only issue has been trying to do this in the evening when I have a long sweater on, and it covers my wrist. With long sweaters, I have become a bit of a ‘one-sleeve roller’ in the past few days. Who knew that was a thing?!

A main hurdle has been wearing the technology, especially since I haven’t owned a watch since 2000. I kept dunking it against my desk, doors, the cooker… it was a constant worry that I was going to break it. But so far, so good. That strengthened lightweight Ion-X glass seems to be fairly Penny-proof.

End of week 1, I feel I’m not getting half of the clever uses out of my Apple Watch, because I don’t really know how to use it. It feels too complicated, too small an interface for half of the things I need, and I keep reverting back to my iPhone 6 to get things done.

Days 5-14: Getting Used to Techniques

The pride I am feeling whilst wearing my Apple Watch is increasing. People notice it and the response is always vibrant and excited, and makes me feel a bit special, which I love…who wouldn’t! So it’s definitely brightened up my day just seeing how others react to it.

The notifications are working, and I am aware that perhaps I own too many Apple devices, but I did notice slight delays in Watch notifications – they’d come up a few minutes later than they appeared on my MacBook.

I do love that you can just look at the watch and catch a notification, but then you have to log on to Facebook or Twitter etc to see what it’s about. I am not one for constantly checking my iPhone, so it has been fun to feel on top of my calendar, messages and appointments.

I have finally mastered the digital crown! Ok maybe I am not yet a master…but I have gotten the hang of when to use it and am now a semi-pro digital zoomer. I am also a self-titled ‘dab hand’ at the digital scrolling through messages. I have no problem at all with the smaller user face. I seem to have accepted it overnight.

I also discovered to my delight that the watch works as a right hand man to the iPhone, so you can set up all sorts of interesting options from the iPhone that you can then choose within the Watch. Like time zones, Do Not Disturb etc. The Watch has been set up to copy your settings and cross-filter notifications so you don’t need to look at both devices.

The Activity tracking (I mentioned I’m hooked on this stuff right?) has been super exciting. As someone who would get off public transport a stop early to complete my 10,000 step target, having an even more convenient reminder (one which shows up the calories as a main feature) I have to say it is definitely making me move more.

Also I love that you can use the Watch as a remote to control music.

The hourly reminders to move can be annoying, because sometimes it’s difficult for me to get into the right frame of mind for a piece of work, but when I’m in it, I don’t want a reminder to move, it throws me off.

I read a review somewhere that if you’re in an office with lots of other Apple Watch wearers that everybody gets up and moves at the same time. The idea of that kind of creeps me out. Like we are slowly becoming programmed to Apple Time. But I’m yet to experience it. For now, I am the only Apple Watch wearer in my office… much to their annoyance (cue evil laugh).

That said it did mean I haven’t been able to try out any of the cute ‘My bff has an Apple Watch too’ features like Digital Touch. I do not feel I am losing out on this however. I may never understand why you would want to send your heartbeat to someone by taping wrists.

I have had no problems with the battery life packing in, and considering how much I’ve been showing off the features, that’s frankly surprising.

I had fun making one James Bond “the eagle has landed” phone call to my best friend from the Watch, which was more hilarious for me than her, but I don’t think I’ll ever get used to talking into my wrist – I really hope I don’t because let’s face it, that’s douchebag territory.

So my conclusion is…while I would probably not have rushed to buy the Apple Watch if I hadn’t been assigned to review it, I sure as hell am glad I did. I am smugly ahead of the curve for a change.

In short, I am hooked. Apple Watch is just so awesome.