The iPad Pro is now on sale – but we’ve got one to give away! (jump to the bottom of this post for details).

Is this latest addition to Apple’s all-conquering tablet range a worthy addition?

Is it the laptop replacement that Apple suggest?

And is it for high-end graphics users or is it a new piece of kit for all of us? 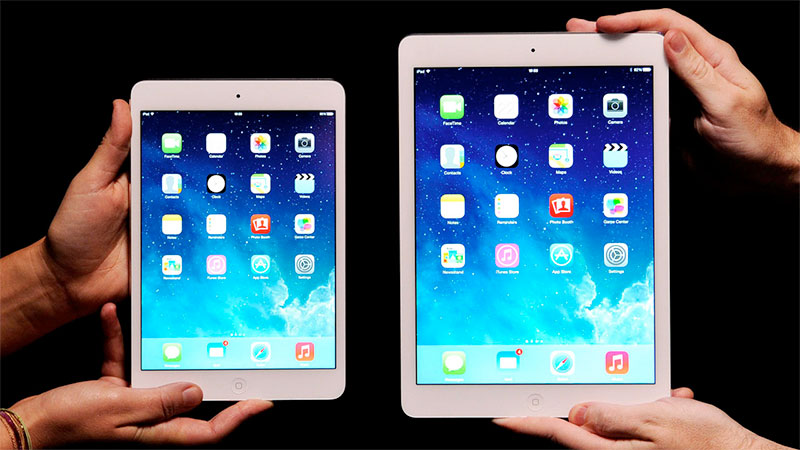 The iPad Pro comes with a 12.9 inch Retina display with a mind boggling 5.6 million pixels. This means it’s the highest resolution display of all Apple’s iOS devices.

I know that’s making me think it is the perfect device for watching movies!

But many argued that this screen size was because Apple saw this iPad as competing with the Mac itself and, with the addition of the ‘Pencil’, this maxi version being the perfect tablet for use by graphic designers.

And there’s no denying that it does make a great tool for them, but Apple seems not to be overly focusing on that one group of users but rather selling all of us the iPad Pro just as ‘the best iPad ever’!

Beefing up the processing power of the iPad Pro is a new chip – the A9X – which runs at just a little less than twice the speed of the most recent iPad Air.

Couple that with the multitasking that came to the iPad with iOS9 and your iPad Pro has the power to handle multiple operations at the same time with ease.

Apple goes as far to say that much of iOS9 was designed to work specifically with iPad Pro!

Although this is clearly the biggest iPad, it’s still thin and very light at just 6.9 millimetres deep and just over 700g.

Light enough to carry around all day and to prop up to watch a full length movie!

Audio is also treated to a maxi makeover with four new high-fidelity speakers and some clever new processing that improves the audio output but also makes it clearer and up to three times louder.

It really feels like one aim here is to give you a portable cinema experience!

The one that caught everyone’s attention at launch is the Apple pencil.

Steve Jobs had legendarily once said that the designer who made a device that needed a stylus had failed the user. But, Tim Cook has ignored this and provided one as an optional extra! 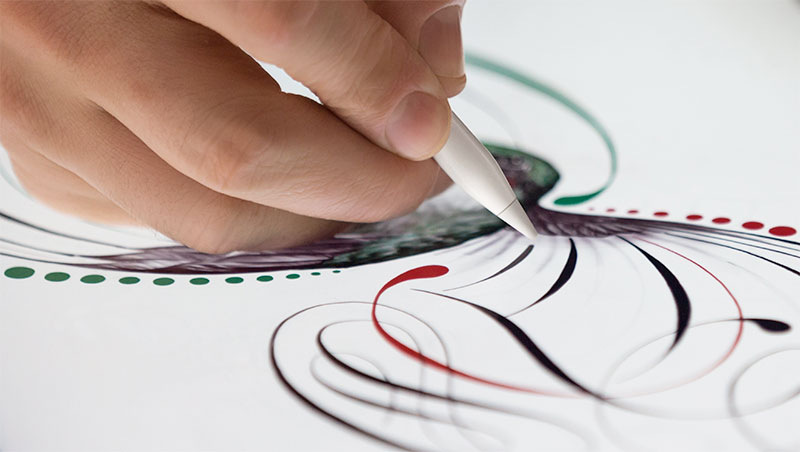 The Apple Pencil was another one of the things that suggested the iPad Pro was focused squarely on designers.

It has single pixel accuracy and allows very obvious benefits when working in graphics programs. Apple Pencil also expands the power of ‘multi-touch’ and is sensitive to both tilt and pressure. That seems to chime with the artists who can use it to create artistic strokes and effects

Is the Pencil something most of us will need? No, and the iPad Pro is the excuse to make it, not the reason.

The other add-on that comes with the launch of iPad Pro is the ‘Smart Keyboard’.

This new keyboard attaches to the iPad through the Smart Connector and nails that comparison of the iPad Pro as your laptop replacement.

I haven’t tried the keyboard yet but several reviews I’ve read have said that it isn’t quite up to the standards we expect of Apple. Perfectly well built but lacking in that last bit of ‘touch’ that helps fast typists, no shortcut keys and no backlighting.

In fact, many have recommended the Logitech Create as an alternative that solves all those problems and works as a case as well.

So, if you fancy picking one up, what’s it going to cost you?

Well, maybe just $6 if you try our offer below….

Given that I have always relied heavily on iCloud for storage when using my iPad, we’ve  made do with the cheapest 32GB version on Wi-Fi only.

This is the same model that you can get in our offer below.

Well, it’s not going to be a total revelation if you’ve already got an iPad but the three big features are where this new maxi tablet does really excel.

The screen size and quality of display does really grab your attention – especially when watching movies.

And, crucially, the sound isn’t like anything you’ve ever heard from an iPad before. Bigger, richer and better defined.

And using ‘Split Screen’ seems so much more obvious on an iPad at this scale rather than its smaller brethren.

I love it and really do recommend it for anyone in the market for an iPad of any size.

Like I said at the start – especially if you’re looking for a portable movie screen.

I haven’t had time yet to make a video review, but this one from The Verge covers everything I’ve said in great detail – and they seem to love it too!

We have one to give away….!

So, we’ve never done this before, but to entice you to try our new premium service at iExpert News, we’re giving away an iPad Pro to one person who is a member of our premium newsletter on 25th December.

You have a week to join at our $1 trial for 30 days. To be eligible for the iPad Pro giveaway, you must sign up before midnight on 23rd November 2015.

You’ll need to stay subscribed for one additional month (which is only $5 per month) so that you are an active subscriber on 25th December 2015.

On Christmas day, we will pick one currently subscribed user of iExpert News and mail them notification that they’ve been chosen to receive the iPad Pro.

An extra and extra special Christmas present for one lucky subscriber.

Our random selection will be final and no correspondence will be entered into once the iPad Pro giveaway has been selected.

In order to be eligible you must also agree to send us a photo of you with your iPad Pro and a quote about our giveaway after we have arranged delivery. By accepting the iPad Pro, if selected, you agree that we can publish that photo and quote together with your name and State/County.

The iPad Pro for the giveaway will be a 32GB Wi-Fi version in your choice of colour.

Our iExpert News premium newsletter site has 336 members at the day of publishing this review so your chances of being picked at random are very high.

Obviously we hope you’ll love our expert articles, ‘how to’ tips and videos on getting the most out of your iPad, iPhone and Mac, and will choose to stick around after the giveaway date, but there’s no obligation and you can cancel at any time.

To join iExpert News before midnight on 23rd November, click the button below.

[themify_button style=”large orange flat” link=”https://icloudlogin.com/trial-reader-offer/” ]Click To Find Out More >>[/themify_button]
Note: Don’t worry. If you are already an iExpert News subscriber and remain a member on 25th December, you are automatically included in this giveaway. Do NOT subscribe again!
Previous Article
Next Article